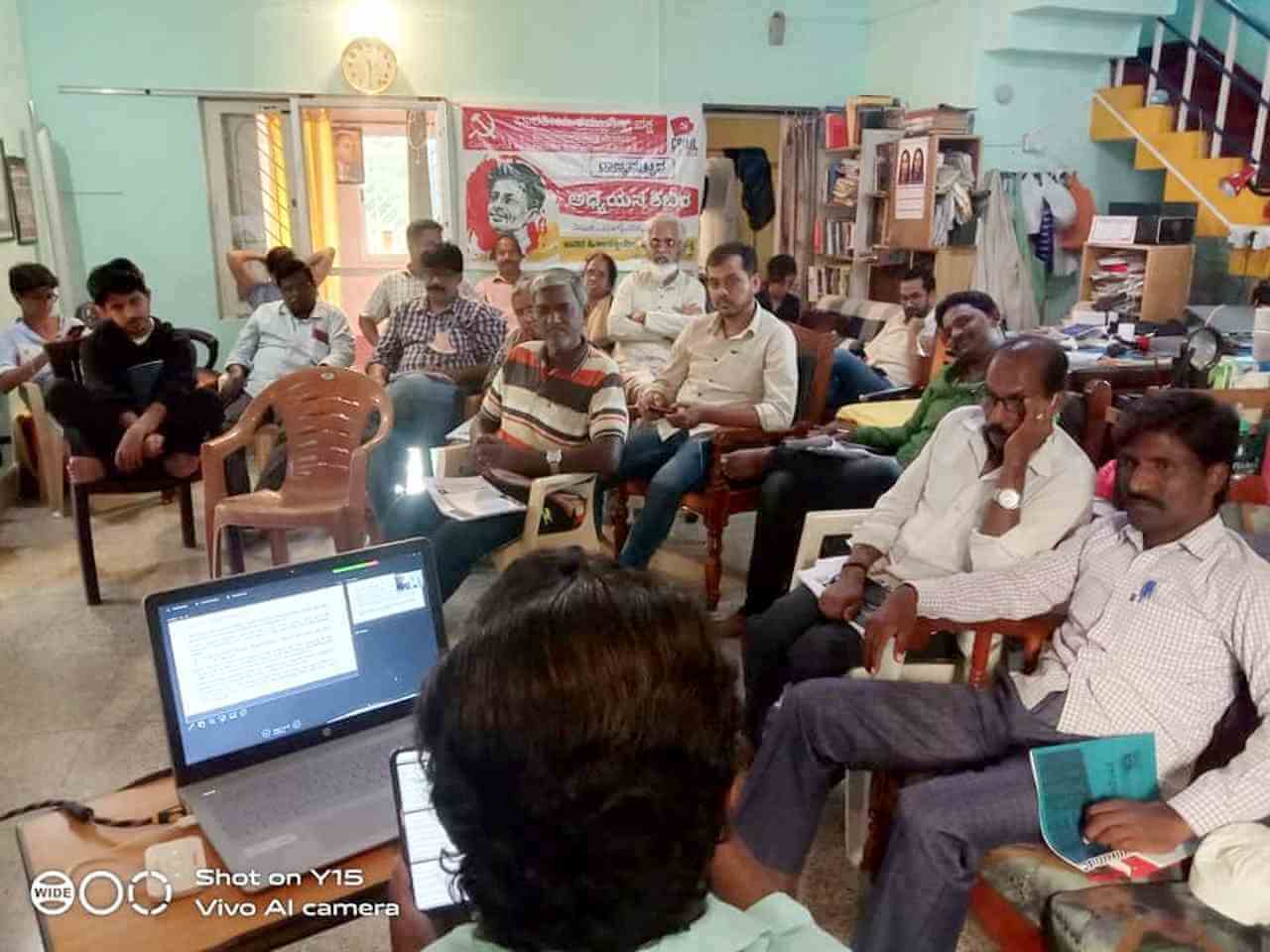 State level Party Study Camp was held at Mysore on 31st July and 1st August 2021. Comrades from Bangalore, Kolar, Mysore, Kodagu, Koppal and Raichur districts actively participated in the study camp despite the Covid 19 situation. Comrades from Vijayanagara and Mangalore districts could not participate due to various reasons.

On the Day 1, Comrade Clifton D’ Rozario, party State Secretary and CCM inaugurated the camp and set the context of the study camp. Comrade Avani Chokshi talked about the Basics of Marxism. Comrade V Laxminarayana elaborated about Marx, Lenin, and Mao line – History and Development. Comrade P R S Mani covered about the importance of Naxalbari and how it came to be. Each session was followed by a detailed and in-depth discussions.

The study camp generated lot of enthusiasm and energy among comrades. Comrades felt that the study camp provided some ideological consolidation, and it was resolved to conduct similar study camps at the district levels.