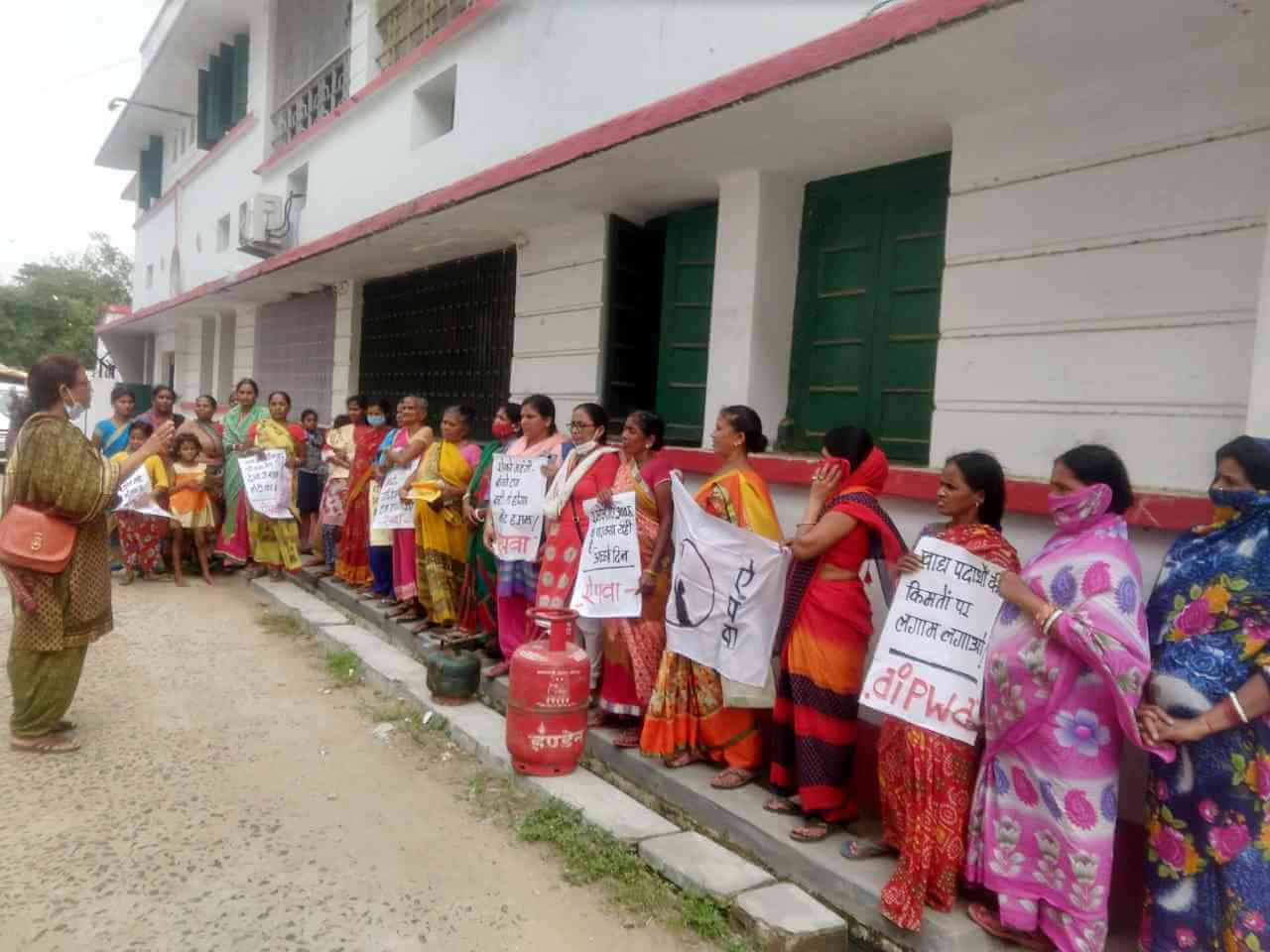 The All India Progressive Women's Association organized protests in various Districts across the country on 5 July to demand an end to inflation and spiralling cooking gas prices. Women came out of their homes and protested on the streets and crossroads. In many places women protested with empty cylinders and empty mustard oil bottles, raised slogans, and burnt effigies of the Prime Minister.

Addressing the protest in Patna against price rise, AIPWA National General Secretary Meena Tiwari said that the Modi government which had promised smoke-free kitchens consistently hiking LPG prices. Today there are tears in women's eyes from smoke as well as from spiralling prices. Prices have hit the sky because of privatization and pro-capitalist policies. This government is intent on squeezing the people dry for the benefit and profit of Ambani-Adani. People are already distressed for the last one and a half years because of the pandemic; they are jobless but the government is making no effort to control inflation.

Through the protests at various places AIPWA has demanded that the price of an LPG cylinder should under no circumstances exceed Rs 500; rations for the poor should include not only rice and wheat but also dal, oil, sugar, and milk for children.