Protests Against Ban on Strikes and Privatization of Ordnance Factories 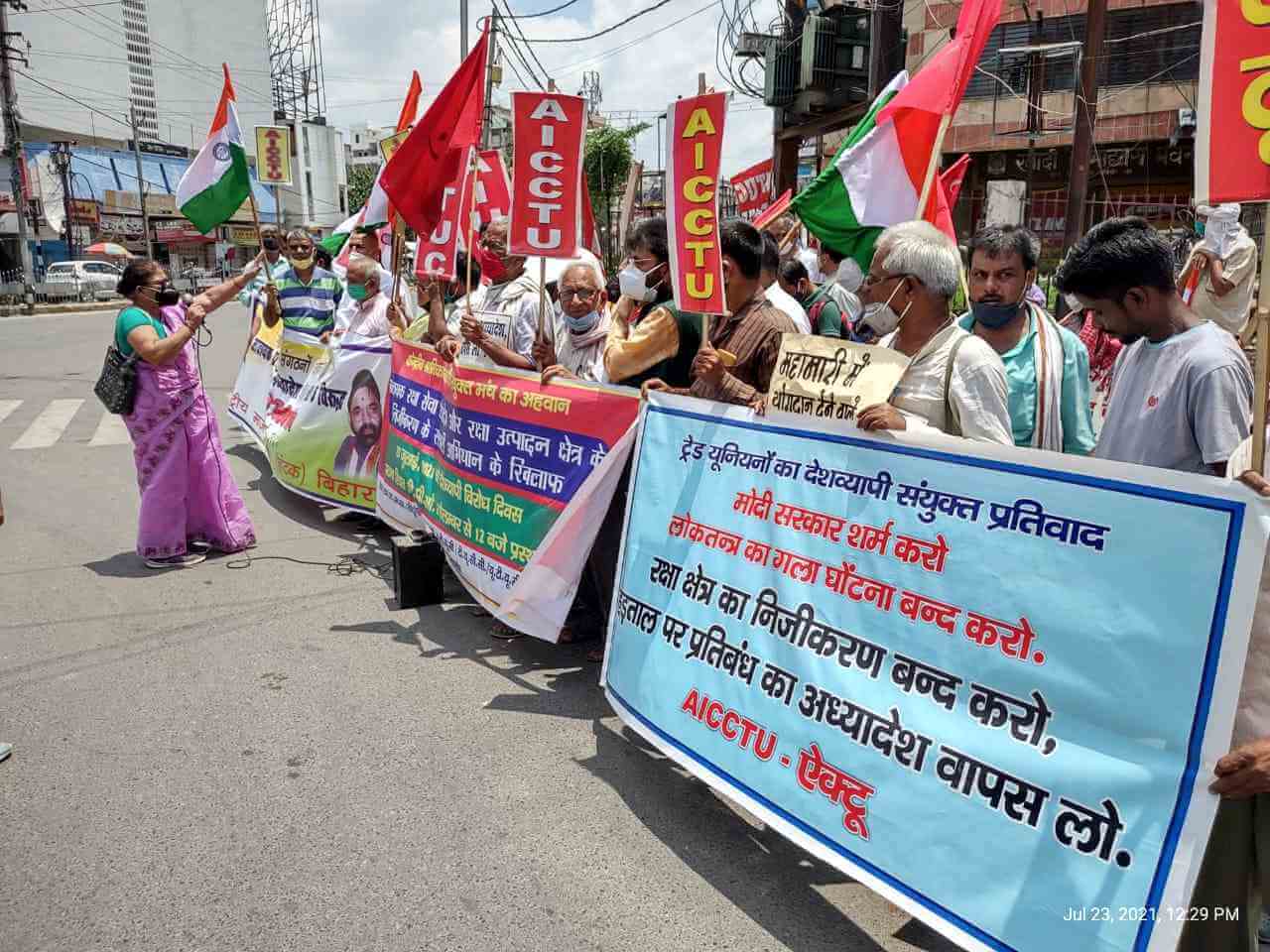 Countrywide protests were organized on 23 July in response to the call given by trade unions against corporatization and privatization of defence sector and ordnance factories and revoking the ordinance banning strikes.

Protest demonstrations and rallies were held in all the states and major centers in the country. A joint protest rally was held in Patna by central trade unions AICCTU, AITUC, CITU, INTUC, AIUTUC and UTUC.

The Modi government is throttling democracy for the benefit and profit of corporate houses and capitalists. By ending the workers' hard won right to strike the Modi government wants to smother workers' and citizens' voices of dissent. But the farmers and workers of the country will give a striking reply to these tyrannical measures and never allow these evil intentions to succeed.

A demonstration was held in New Delhi at Jantar-Mantar which was addressed by AICCTU General Secretary Rajiv Dimri.