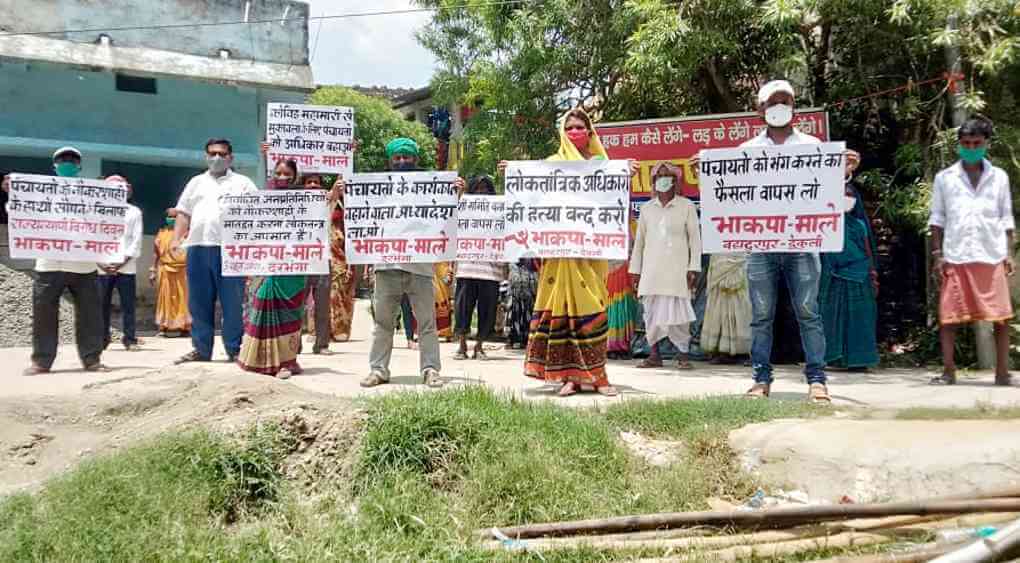 CPIML organized statewide protests on 3 June against the Bihar government’s arbitrary decision to dissolve Panchayats and carry on the work of Panchayati Raj through an Advisory Committee, instead of extending their tenure by 6 months through an ordinance. The party protested against this undemocratic step from the Party office and other places in Patna and various Districts.

State Secretary Kunal said that the people of Bihar do not want the pretense of an Advisory Committee which is a ploy by the BJP-JDU government, seeking opportunity-in-disaster, to indirectly gain control over the Panchayats. This committee will be nominated and controlled by the government whose aim it is to disable the Panchayat system and centralize power in its own hands. We demand that an ordinance should be brought to extend the Panchayat tenure by 6 months. Protests were also organized at various Blocks in Patna District including Paliganj, Bihta, Dulhin Bazaar, Masaurhi and Belchhi. AIKM General Secretary Rajaram Singh said that the role of people’s representatives in this pandemic is very important and the government’s bid to weaken it will prove suicidal.