Dead Bodies Were Not Even Counted, Leave Alone A Dignified Farewell 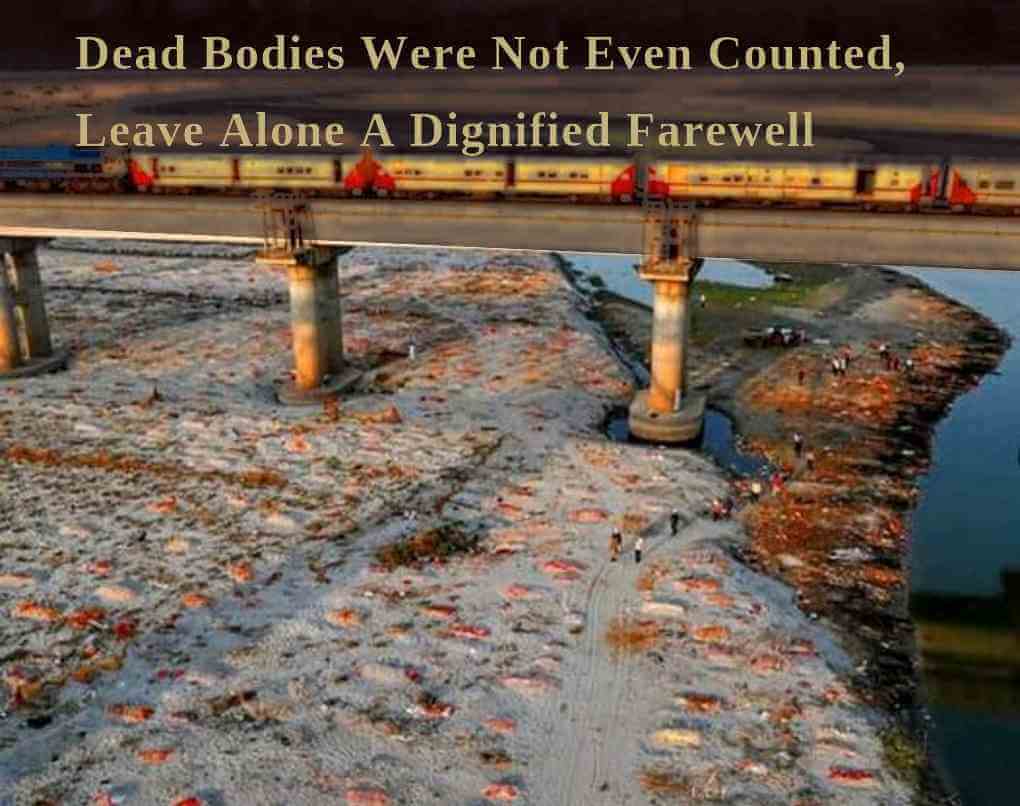 The Yogi government is not even able to count the human corpses that died of Covid, leave alone expecting a dignified farewell. The CPIML UP unit said that in view of the Assembly elections due next year, the Yogi government is trying to hide its utter failure in tackling Covid. This government is not bothered about saving lives but about hiding deaths and polishing its own image. That is why the 1600+ deaths of teachers on Panchayat election duty are being counted as only 3 deaths according to government statistics, whereas the concerned teachers' organization has brought out a comprehensive list of the dead. But in the eyes of the government this is false propaganda.

Moreover, the thousands of buried corpses on the Ghats of Unnao, Ballia, Ghazipur and now Prayagraj are invisible to the eyes of government officials even after the winds blew away the sand and exposed them to view. These bodies buried in the sand are also buried in government statistics. But the bodies are the layers of truth that are everywhere from crematoriums to river banks, exposing the government's lies.

Even according to the government's own statistics the capital Lucknow tops the number of Covid deaths. The numbers of the past 24 hours are witness to this. If this is the situation in the capital, what could be the state of positive cases and deaths in rural areas? The Yogi government is not bothered even by the Allahabad High Court's severe admonition that the rural health system is 'Ram Bharose'. By the time the government deigned to glance at the villages, thousands of corpses were already strewn.

For political gains the Yogi government's hiding of data regarding testing, positive cases and deaths is also grievously harming medical research. According to scientists, data is an important weapon in the battle against Corona. Medicines and vaccines cannot be developed without correct data. But neither the Modi government nor the Yogi government is bothered about this. If they had cared, the warnings about the 2nd Covid wave would not have been ignored. Instead of ensuring testing, treatment and vaccination, the government and ruling BJP spread obscurantism by asking for clapping, plate-banging, dark chocolate, Coronil, cow dung, cow urine, Hanuman Chalisa and Gayatri Mantra. Still unscientific ideas are being spread by various ruling party outfits in order to hide their criminal negligence.