No Relief for SHG Women in Bihar Budget 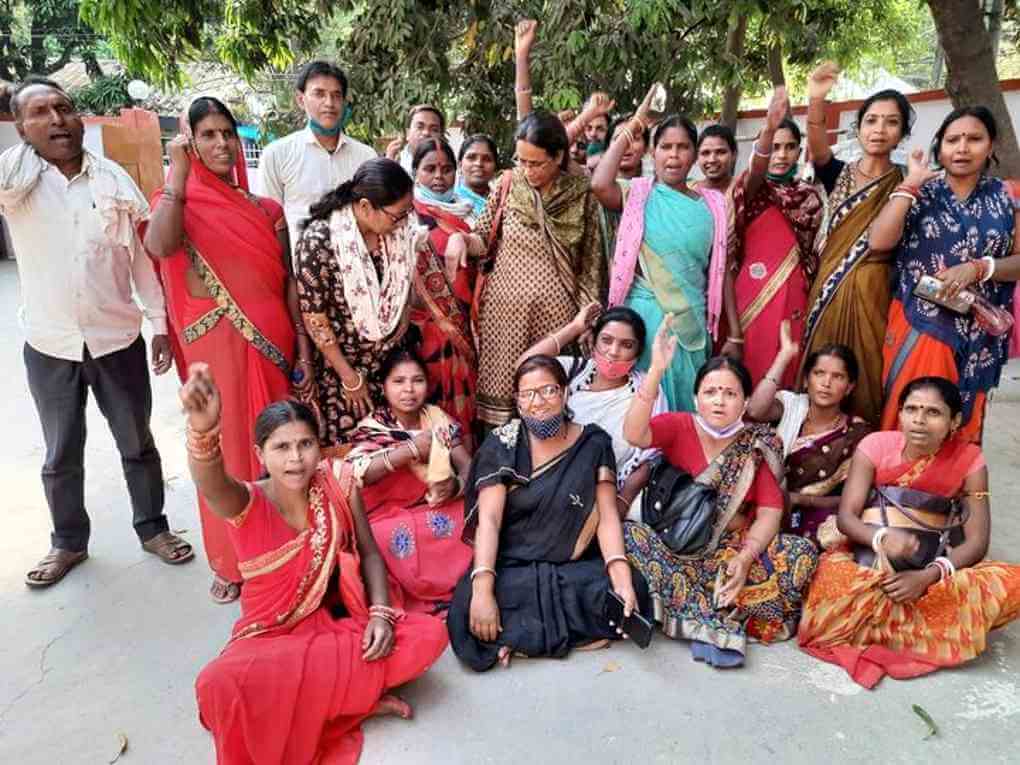 The Self Help Group And Jeevika Sangharsh Samiti held a meeting on 6 April in Patna, attended by women from across the state.

AIPWA General Secretary Meena Tiwari said that during the Lockdown period in 2020 we had raised the issue of loan waivers for women in SHGs and Jeevika workers and organized many programs. After the Assembly elections on 5 March we organized a protest in front of the Chief Minister with these demands. But no relief has been provided in the recent Bihar Budget, and the decision taken by the Modi government at the Centre to collect these loans has greatly disappointed these women.

After the Lockdown, employment has dwindled to zero for poor and marginalized women already mired deep in debt due to the policies of the autocratic Modi government. In many cases the women have been constrained to use the loan money to make both ends meet for lack of any other source of income during that period.

Due to the initiatives taken by many organisations in that period, arbitrary loan collection by micro-finance companies was stayed in some places, but on a large scale the problem of loan collection at exorbitant interest rates remains as it was. The government has taken no steps to stop the wilful arbitrariness of private finance companies and there is no guarantee of procurement of products made by SHG women. 1.10 crore women are associated with the Jeevika groups alone run by the Bihar government's Ministry of Rural Affairs. Add to this the groups run by private finance companies and NGOs, and that makes a large population of women who have been pushed into the quagmire of debt.

AIPWA State Secretary Shashi Yadav said that the tragedy that has struck the lives of these debt-ridden women is heart-rending. Private finance company agents behave indecently with them in the name of loan and interest collection.