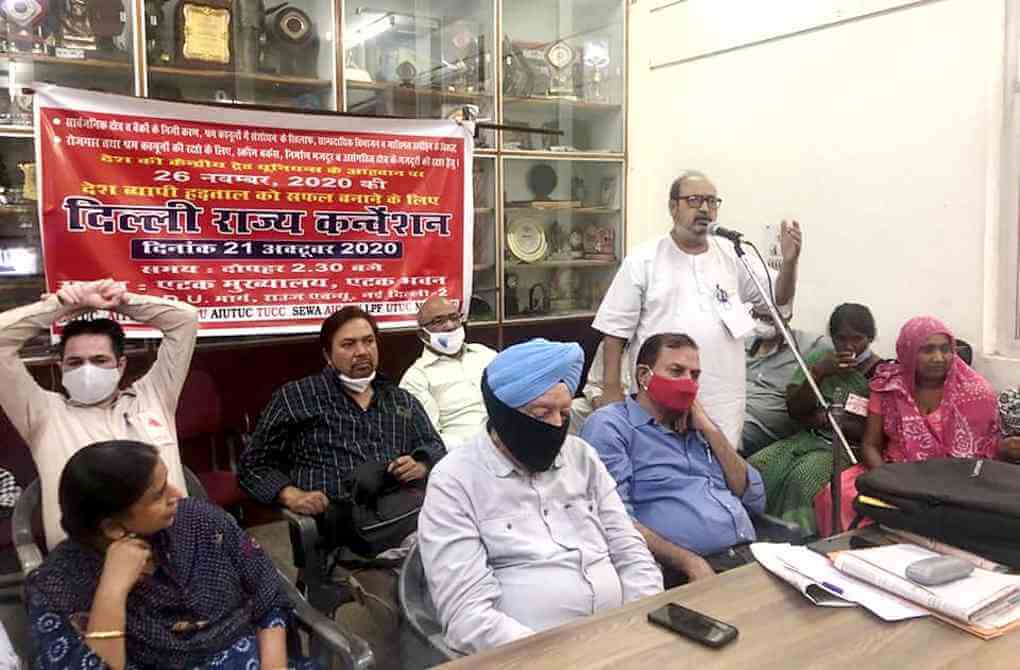 A State level convention was organized by AICCTU on 26 October 2020 in preparation for the countrywide strike called by trade union organizations in Delhi on 26 November 2020. The convention was addressed by trade union leaders including Comrade Santosh Rai. They expressed support and solidarity with all the struggles against anti-worker anti-poor governments in Delhi and across the country and said that the 26 November strike would be participated in by all the agitating workers. All the workers present at the convention pledged to work tirelessly for the success of the strike.