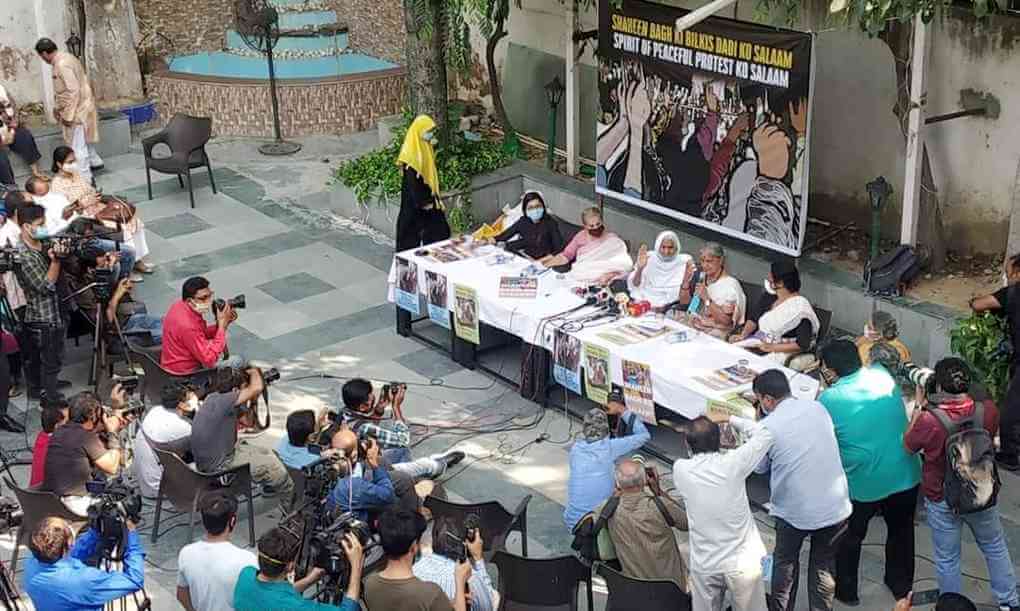 The citizens of Delhi, individuals and members of women’s groups, felicitated Bilkis on September 29 in Delhi, one of the ‘Dadis’ of Shaheen Bagh, listed among the 100 most influential people of 2020 by Time Magazine. Dr. Syeda Hameed, Annie Raja, Bhasha Singh, Dr. Poonam Batra, Vertika Mani, Vani Subramanian and others saying that Bilkis and the Equal Citizenship Movement that started at Shaheen Bagh have become powerful global symbols of peaceful resistance and they continue to inspire us. They also expressed their anguish at Delhi Police’s malicious investigation that has projected a peaceful movement for Equal Citizenship, against the Citizenship Amendment Bill (CAA) and the proposed National Register of Citizens (NRC) as some sinister conspiracy to cause the terrible Delhi riots, terming the Shaheen Bagh as the largest, most peaceful, women-led movement for democratic rights in Independent India.

The organisers expressed solidarity with the equal citizenship protestors, and with all those falsely accused and unjustly incarcerated, and demanded an end to this targeting.