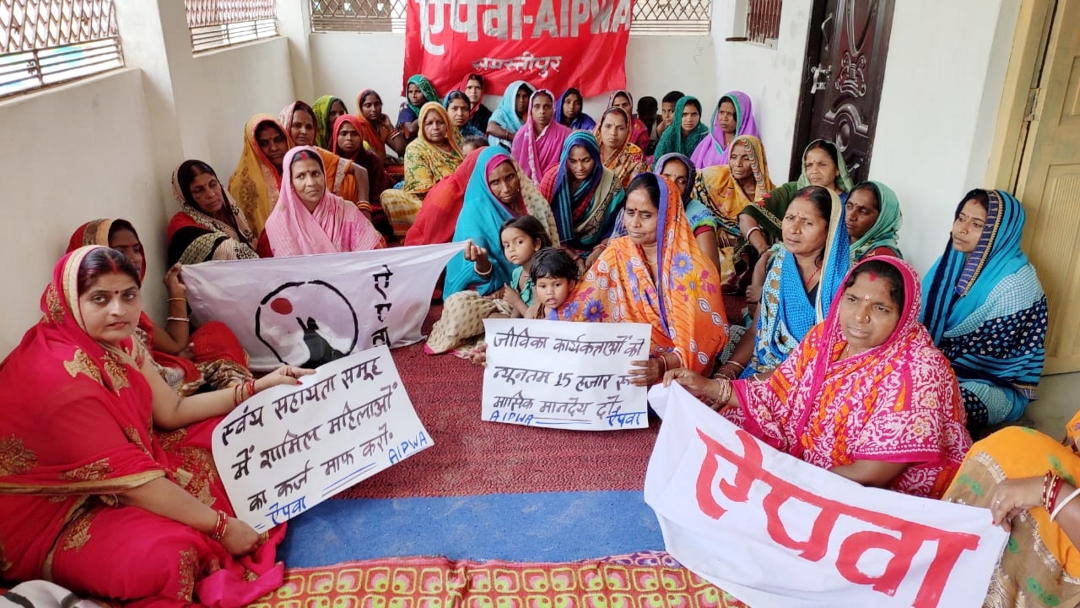 Responding to the call by AIPWA affiliated Swayam Sahayata Samooh Sangharsh Samiti (Self Help Groups Struggles Committee) for a countrywide dharna on 29 may, women associated with thousands of Self Help Groups across the country held dharnas in villages and mohallas with the demand for loan waivers because of the crisis induced by the pandemic and Lockdown, along with their other long pending demands. At hundreds of villages and mohallas in Bihar, Jharkhand, Uttar Pradesh, Assam, Karbi Anglong, West Bengal, Rajasthan, Odisha, Uttarakhand, Punjab, Andhra Pradesh, Tamil Nadu, Karnataka and other States women protested for the following demands: 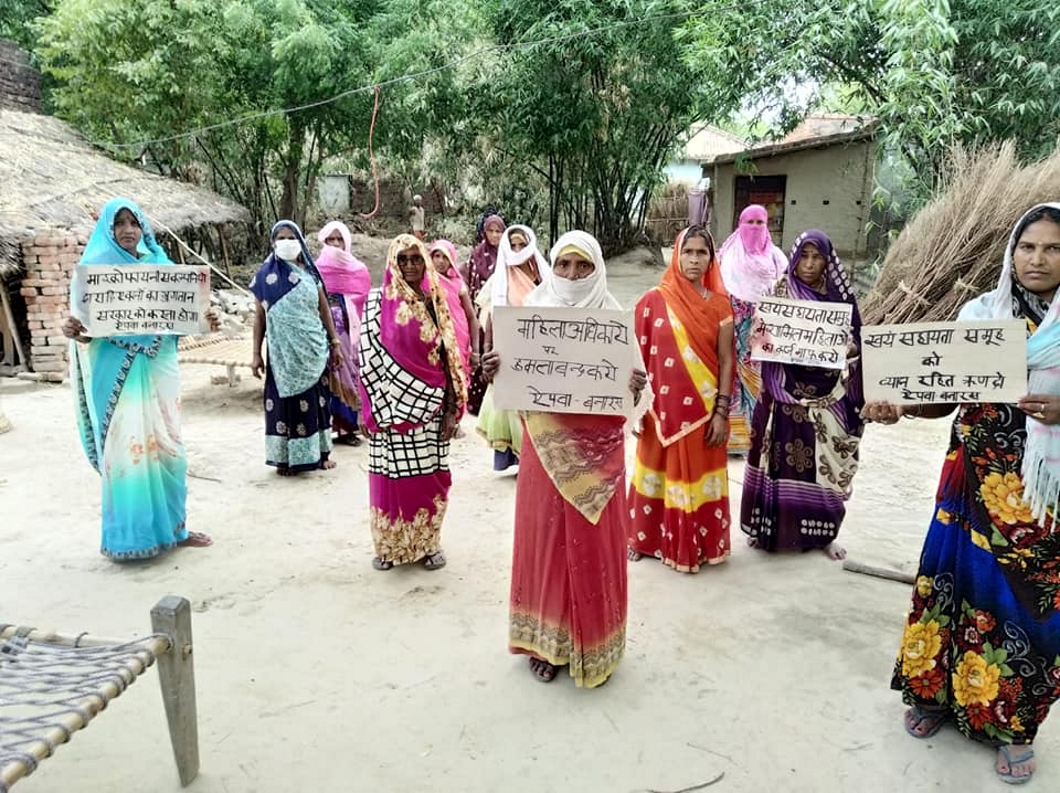 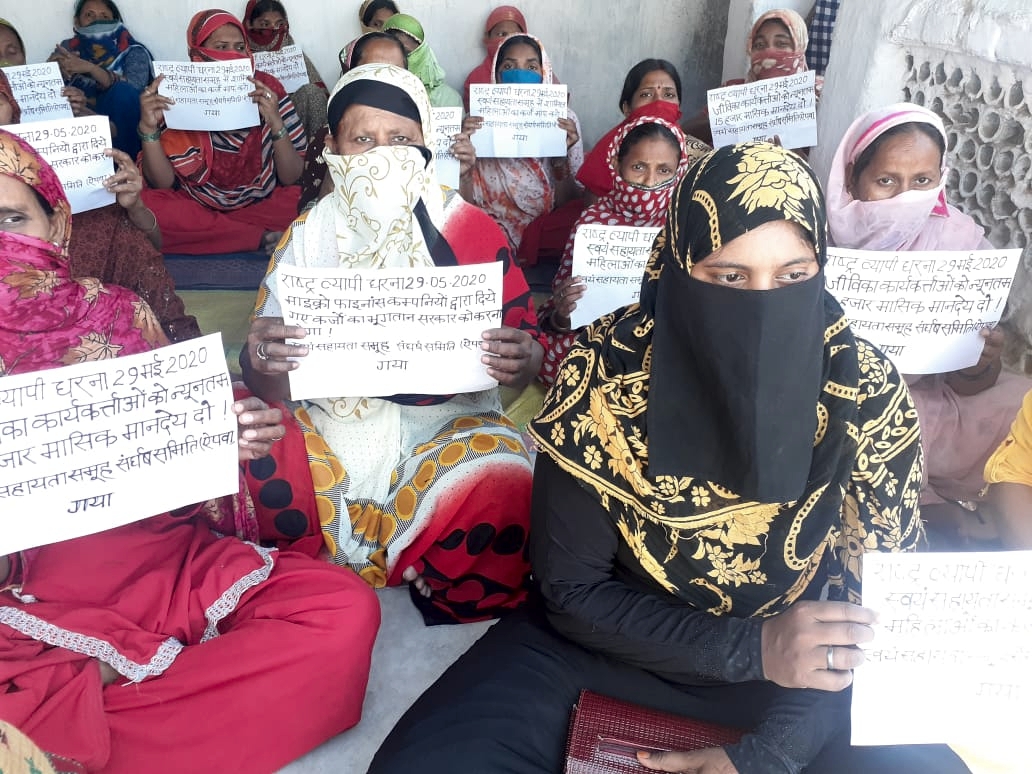 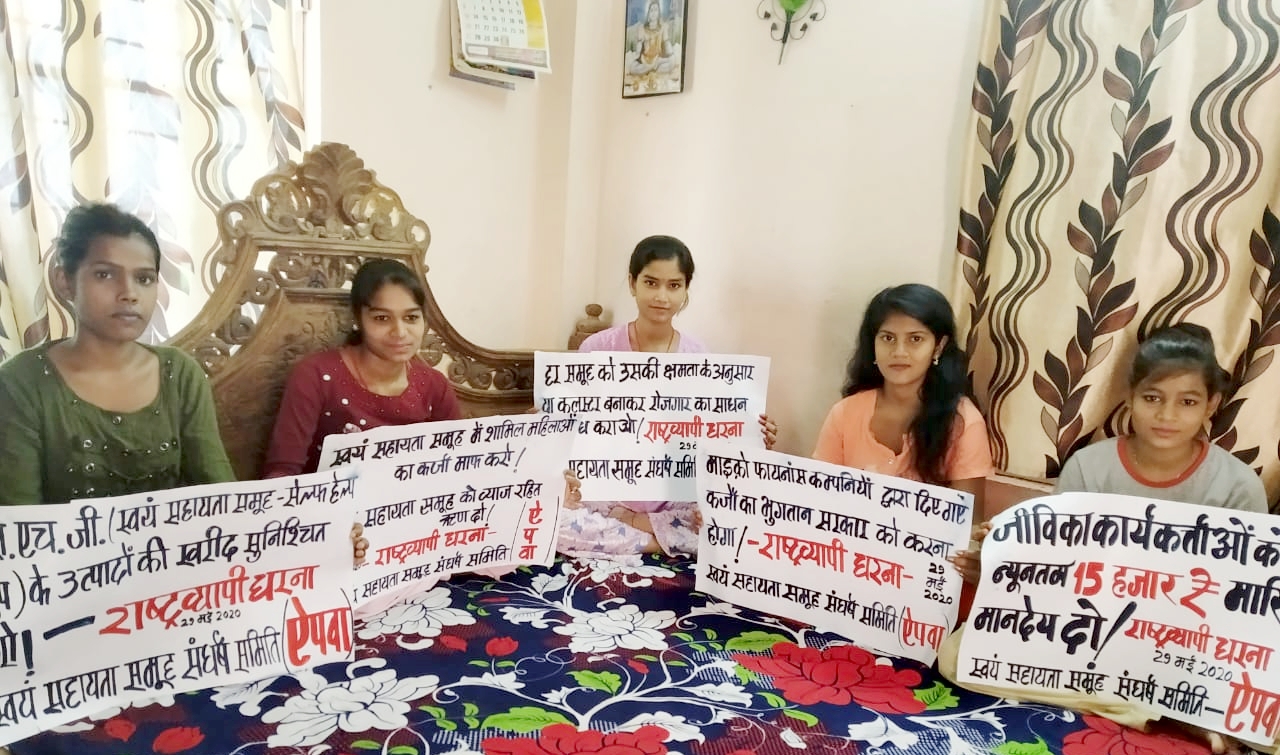 Women associated with SHGs in rural areas responded in large numbers to the call by AIPWA. Leading the dharna, AIPWA National General Secretary Meena Tiwari said that the 20 lakh crore package announced by the Central government has nothing in it for Self Help Groups. The government has only announced that they will be exempted from paying loan installments for one year. The loans will not be waived; they will get some more time to repay the loans. We all know that like other working classes women are also facing very difficult financial conditions due to the Lockdown. It will not be possible for them to repay the loans even after one year. Moreover, private companies are even now forcibly collecting loan installments. The interest rates for private company loans are also willfully exorbitant and it will not be possible for the women to repay them. The government is consistently waiving loans of big capitalists, whereas the need is to make them repay their debts and give relief to poor women. Moreover, the government should provide means of employment for these groups and purchase their products. Due to financial constraints these women fall into a debt trap. 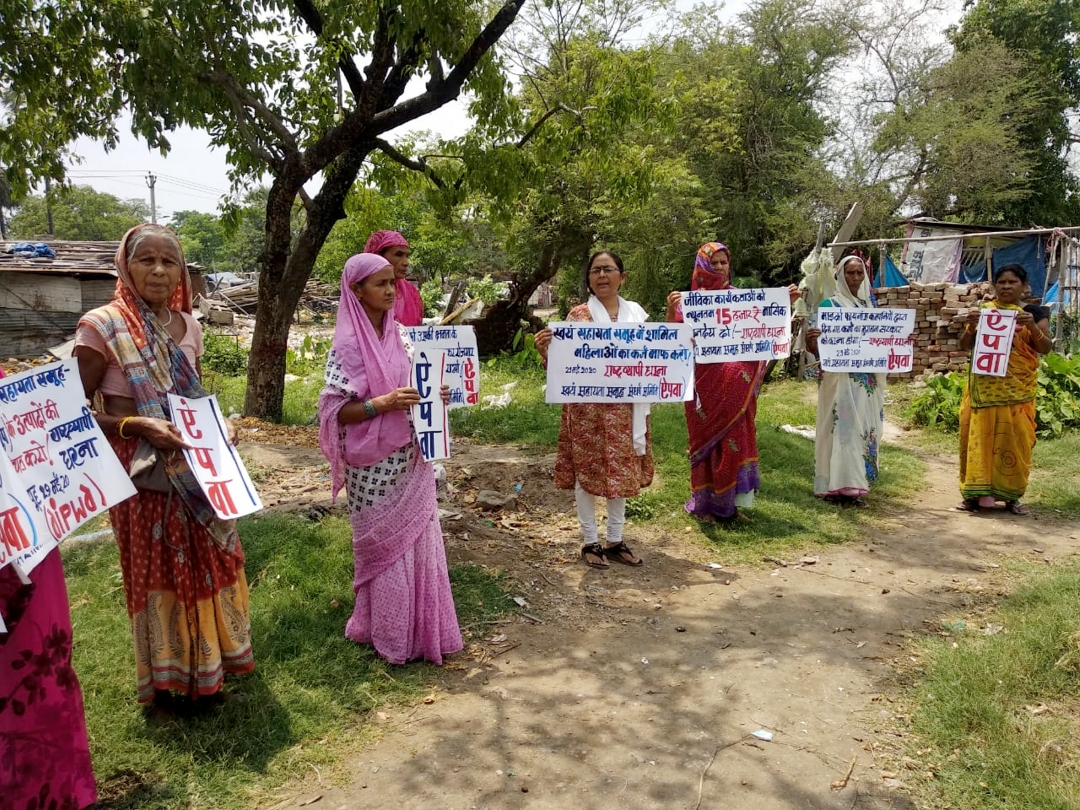 Bihar State Secretary Shashi Yadav said that ‘Jeevika Didis’ are in the frontline of the battle against Covid-19 and we demand that the government should give them a minimum of Rs 15,000.

AIPWA National President Rati Rao said that the government should stop collecting interest from loans to women in SHGs and in future they should be given loans at 0% interest. 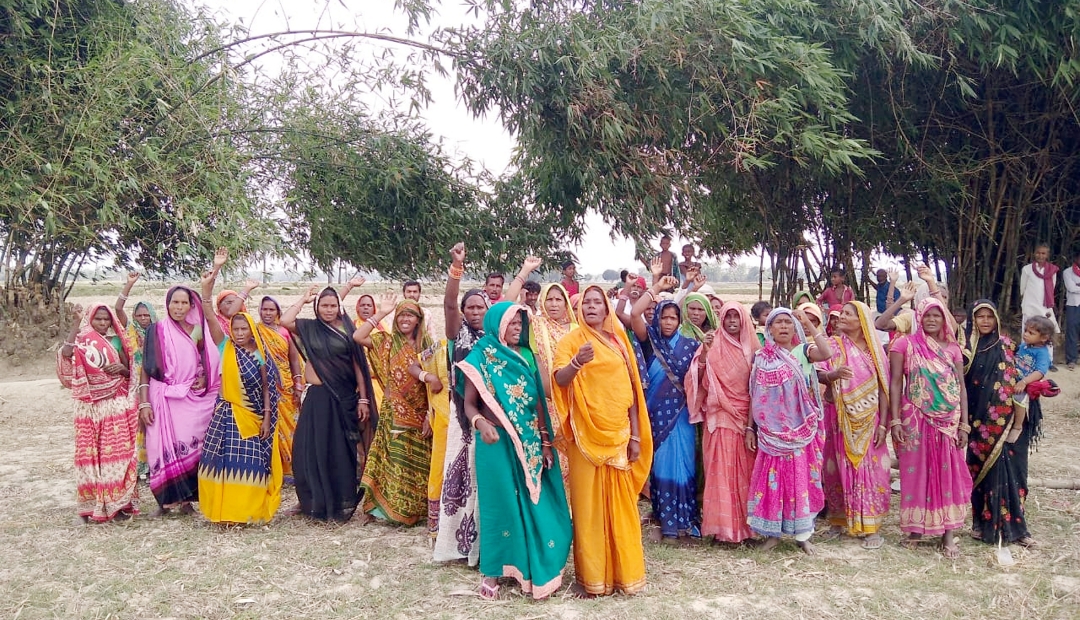 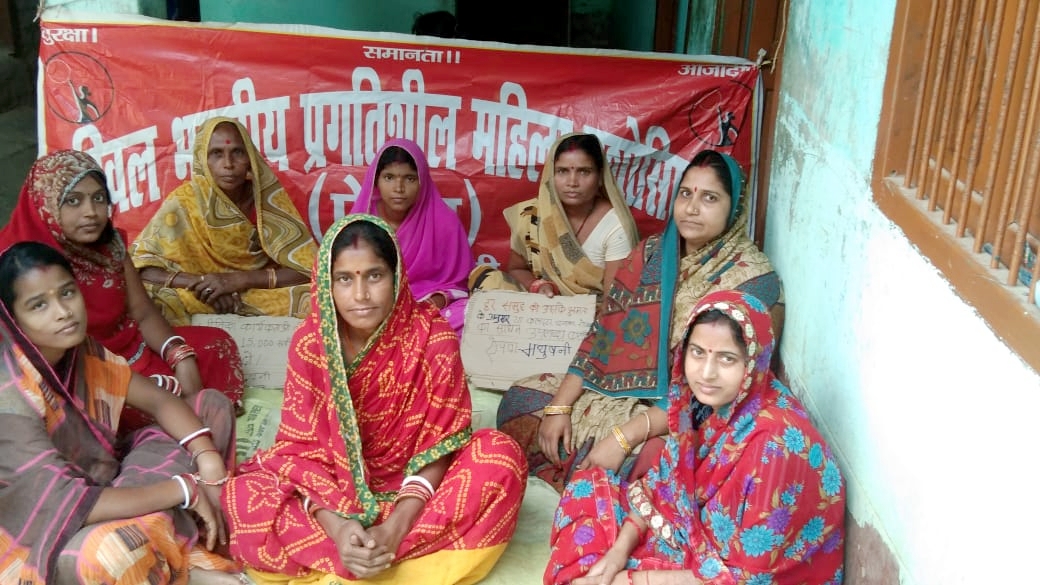 Bihar leader of AIPWA Saroj Chaube said that if the government had given these SHGs the work of making masks, it would have ensured masks for all as well as some income for these women. But the government did not do so. For example, the Bihar government has decided to give 4 masks to every family. It was announced that the work of making these masks would be given to SHGs. But the truth is that all groups were not given this work. Even in the few cases where the work was given to SHGs, their masks are not being purchased. If this decision is implemented seriously, it could have been a great financial help to SHGs. But instead of implementing this decision, only tall claims of employment generation are being made. 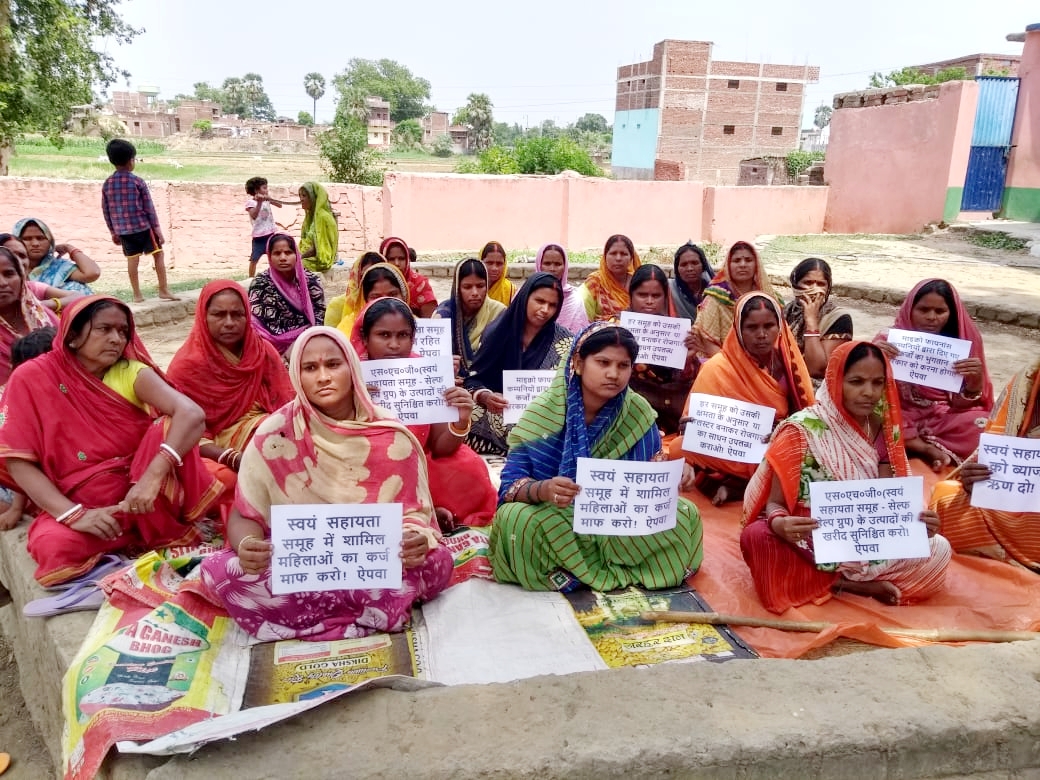 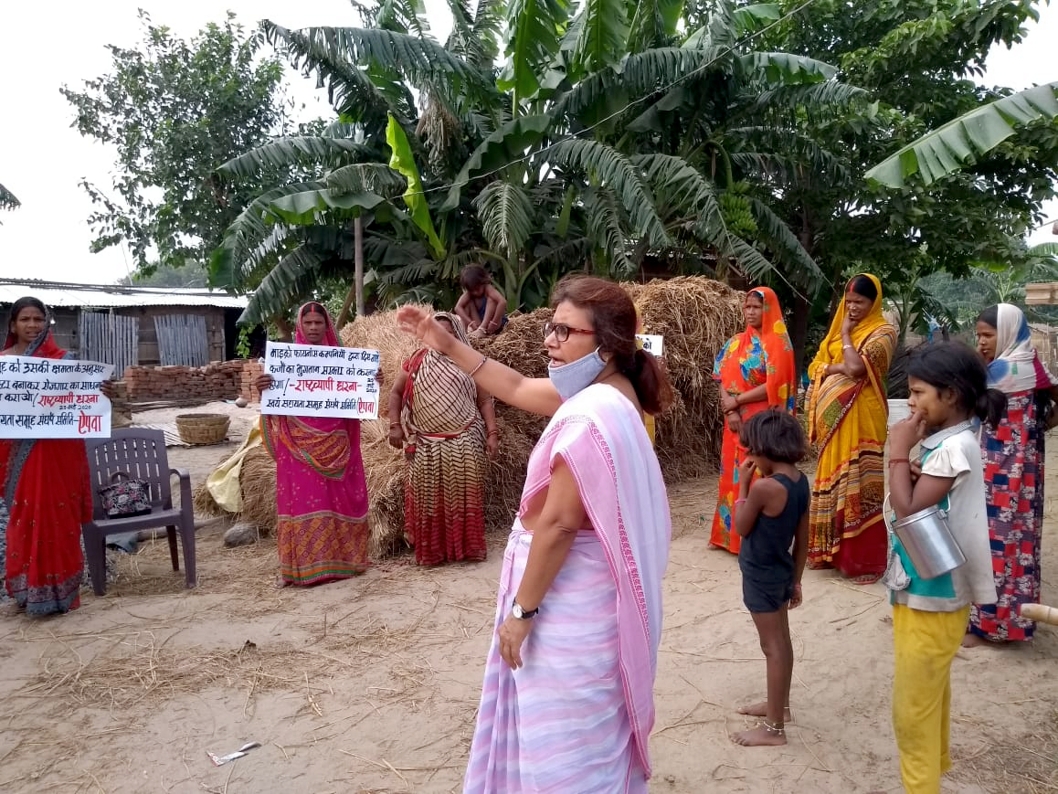 AIPWA said in a statement that there has been a big change in the socio-economic structure of rural women. They are associated with various kinds of employment without any proper remunerations. There are more than 1 crore women in Bihar only who are in Self Help Groups. 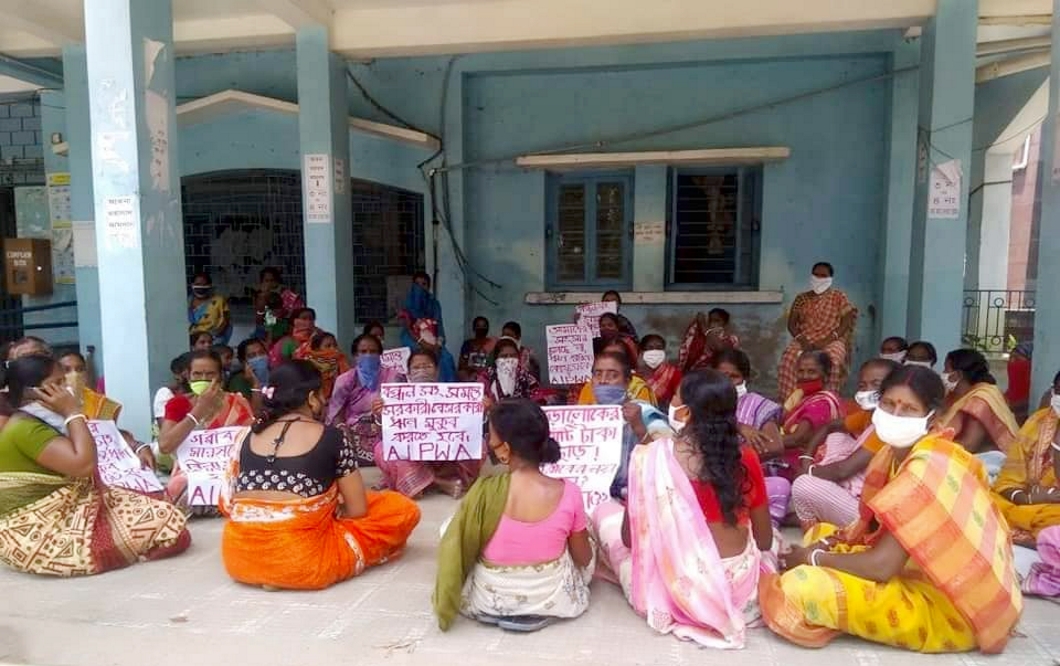 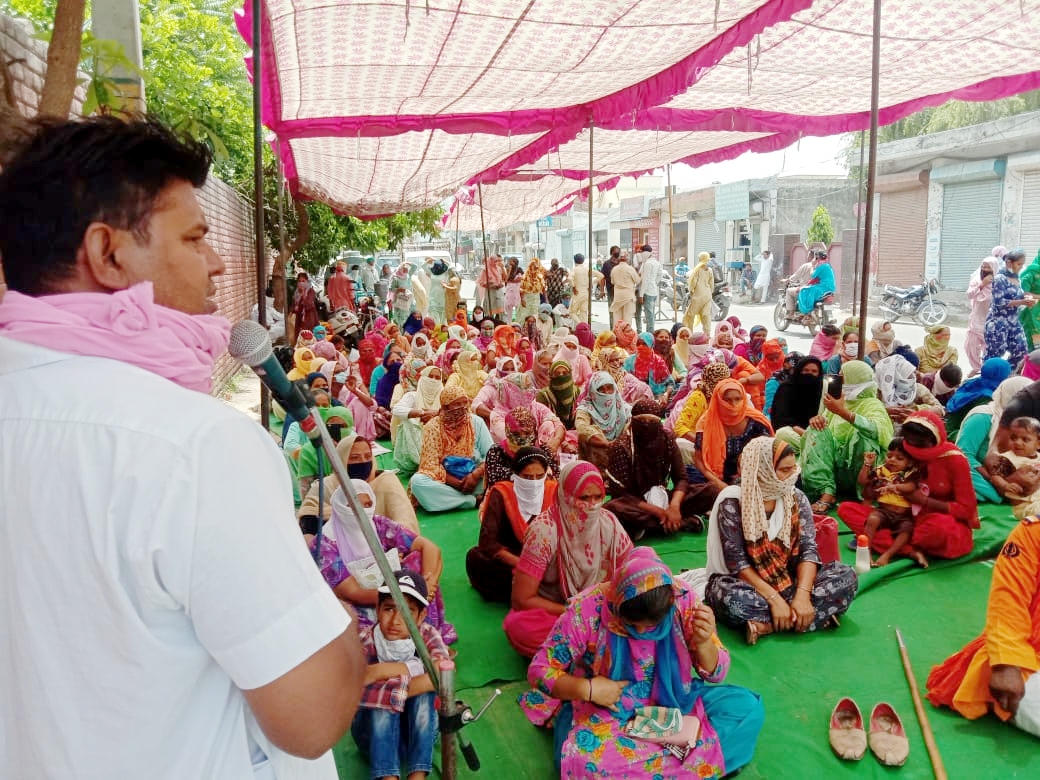 The Mazdoor Mukti Morcha Punjab organized a dharna in front of the District Collector’s office in Sangrur to demand loan waivers for urban and rural women from private finance company debts. The protesters said that if the Punjab government does not take concrete steps for loan waivers for women, the agitation will be further intensified. Mazdoor Mukti Morcha leaders Govind Singh Chhajli and Ghumand Singh said that the worst impacted by the Lockdown are the poor. They can barely find even basic minimum food as all work has stopped. But banks and private companies are pushing and shoving them to pay loan installments and threatening confiscation of household materials. This will not be tolerated and private companies will not be allowed to oppress poor women. They said that most of these companies are not even registered. They reiterated that if the government does not take steps to waive loans for poor women, the protests will be further strengthened and intensified. Present on the occasion were Gurtej Singh, Raghuvir Khan, Mela Singh, Manjeet Kaur, Sukhchain Kaur, Kashmir Kaur and others.