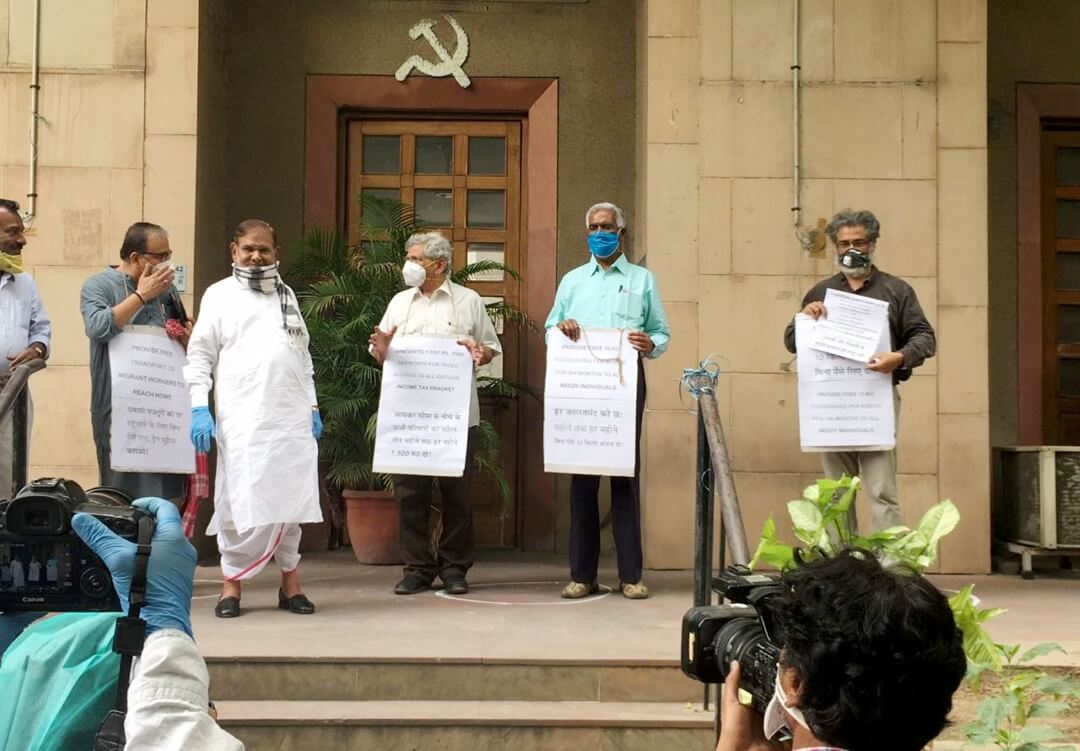 Leaders of Left and other opposition parties staged a protest in Delhi on 13 May against the intensified assault on labour rights by the Modi government at the Centre and various BJP-led state governments. The leaders including Comrades Dipankar Bhattacharya and Kavita Krishnan of CPI(ML), Sitaram Yechury and Tapan Sen of CPI(M), D Raja of CPI, Sharad Yadav of Loktantrik Janta Dal and Manoj Jha, RS MP, RJD stood outside of AKG Bhawan, the CPI(M) Central Office, holding placards that called for immediate withdrawal of the ordinances promulgated by the state governments of Uttar Pradesh, Madhya Pradesh and Gujarat suspending labour laws and raising hours of work. The leaders condemned the Modi government’s abject failure and refusal to address the burning issues of migrant workers even after fifty days of lockdown. They said the government was using the pandemic as a pretext to systematically undermine democracy and appealed to the Left ranks and all sections of democratic opinion in the country to come together in defence of the immediate interests of the working people and constitutional democracy, federalism and secularism. They appealed to the people to stay united and vigilant and rebuff all attempts to divide the society on communal lines and vitiate the environment with hate campaigns. Before this public protest, the leaders had already submitted two memoranda to the President demanding the restoration and full implementation of labour rights and release of political prisoners and an immediate halt to the Modi government’s politics of vendetta and witch-hunt. 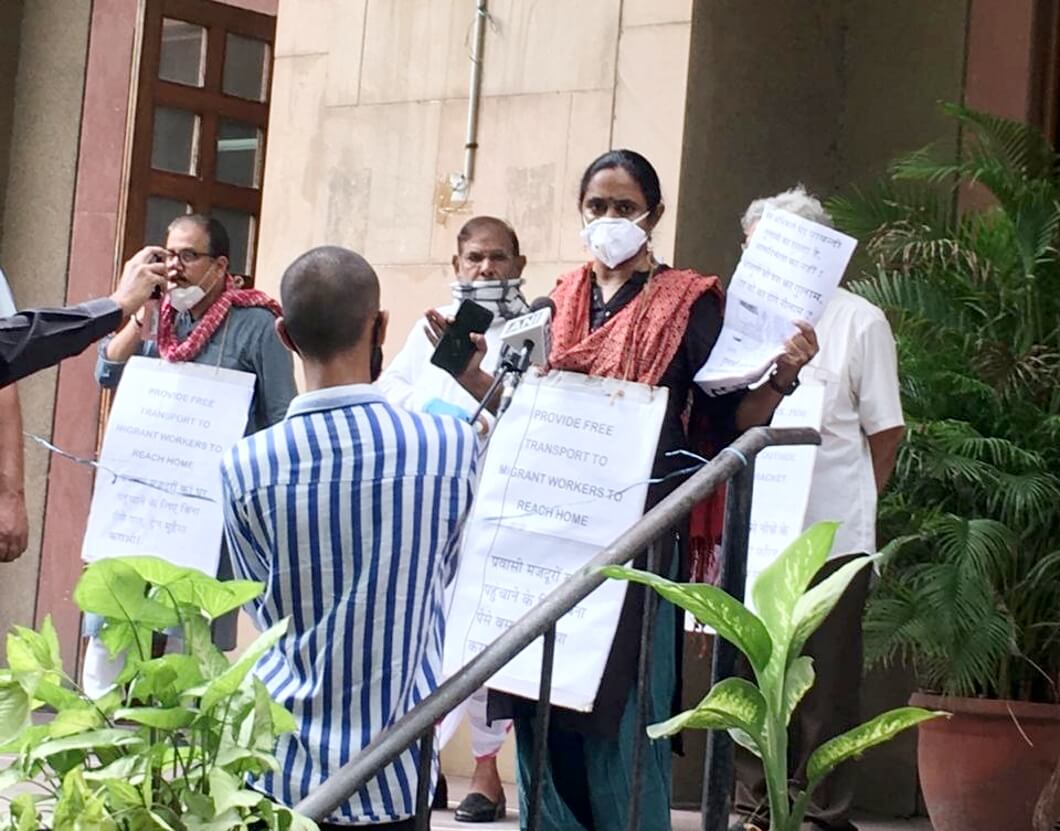