Inhuman Conditions in Bihar Quarantine Centers: Feudal and Governmental Hatred towards the Poor 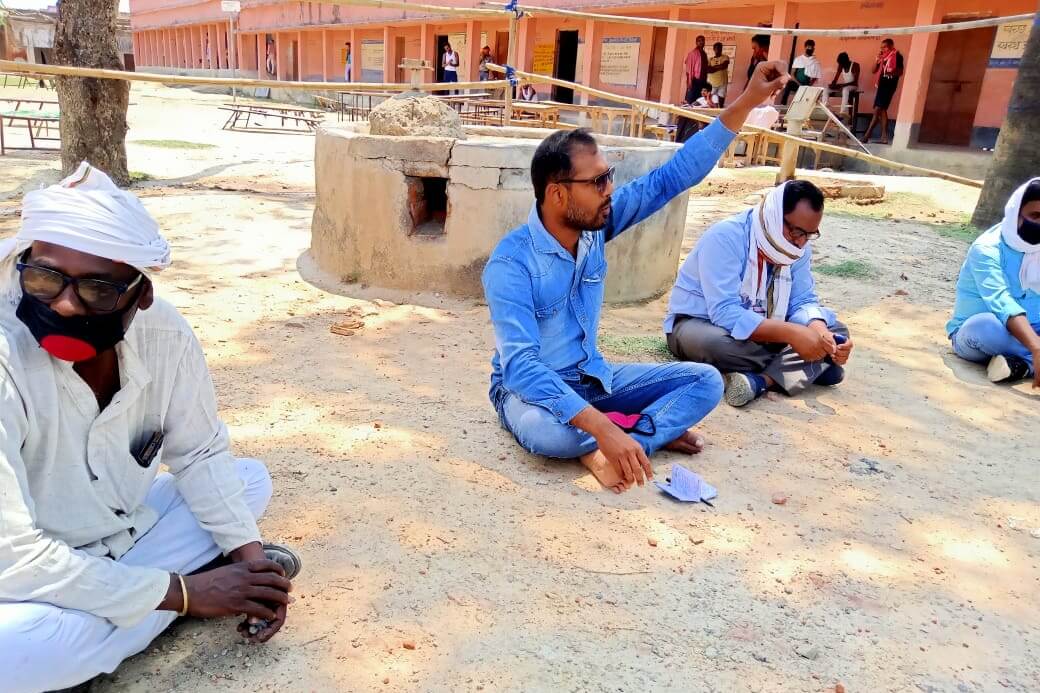 THE conditions prevailing in quarantine centers in Bihar are extremely inhuman, and reports of deaths have started coming in from these centers. CPIML District level teams have visited their respective District centers and sent very disturbing and moving reports. It appears as if people will die of hunger and other tragedies even before they are affected by Corona.

A CPIML team which visited the quarantine center at Ram Lakhan Singh Yadav College in Jehanabad found that people were not getting adequate amounts of even basic food, leave alone milk for children and other facilities.

MLA Sudama Prasad and Manoj Manzil visited many centers in Bhojpur and appealed to the administration to rectify the arrangements. MLAs Satyadev Ram and Mahboob Alam are consistently visiting quarantine centers in Siwan and Katihar respectively. Many workers have fled from the Katihar center due to very bad conditions.

Three deaths occurred on 10 May 2020 at Madhubani, Aurangabad and Bhagalpur. It is said that the Chief Minister keeps himself informed every day about the quarantine centers. Then why is such horrific negligence prevalent at these centers? Does the government not think of workers as human beings? An immediate rectifications and reforms and ensuring of basic facilities in all the quarantine centers is urgently needed.

Poor Migrant Workers Discriminated in Their Home State Too: Students from well-to-do families have arrived in good number from Kota to Jehanabad after the Lockdown. They have not been kept in the Block or Panchayat level quarantine centers but their families have been informed and they have been advised ‘home quarantine’. But the poor, men, women and children who have arrived here, have been packed together in the hellish governmental quarantine centers with no proper arrangements for food or accommodation. The Nauru Block Quarantine Center at Ram Lakhan Singh Yadav College is a case in point, and conditions at all other quarantine centers are more or less similar. This is nothing but wanton discrimination against the poor.

There are more than 100 men, women and children stuffed into the Ram Lakhan College center. They told us that they do not get any breakfast. Lunch is given to them in thin polythene packets and does nothing to quench their hunger. On the night of 5 May they were given old and spoilt rice which no one could eat. The food which came at noon the next day was insufficient in quantity and many people got left out. When they asked for food, the CO abused them in foul language and threatened them with police beatings and jail. Children were left crying for food and women pleading. 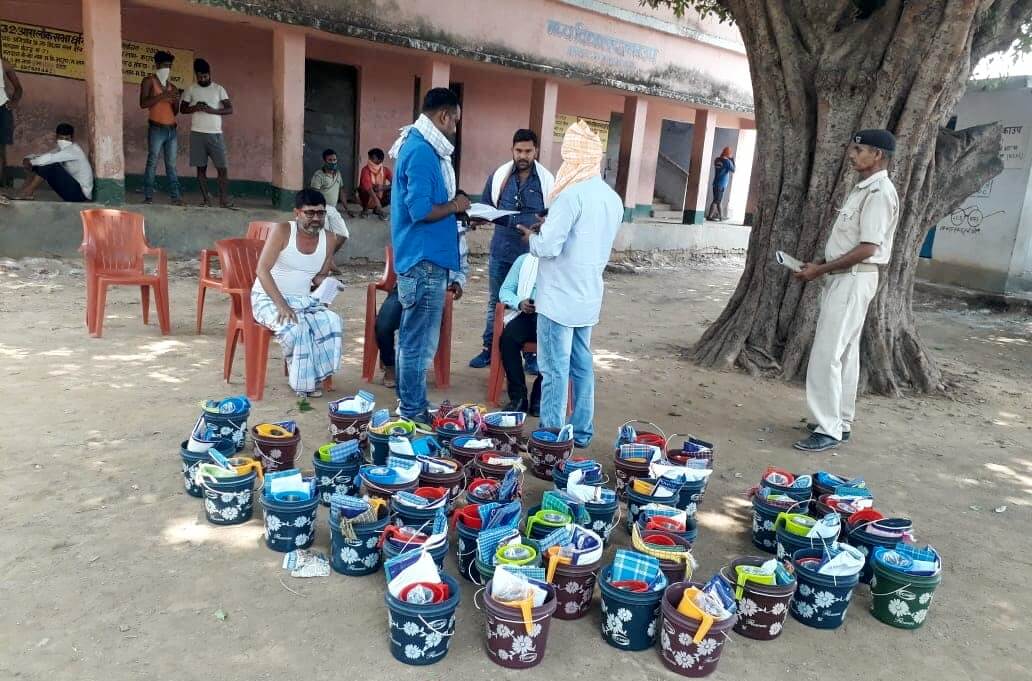 ‘Corona Maha Loot’ Scam: The other quarantine centers in the District are also in the same condition, and migrant workers are being treated more cruelly and inhumanly than the British Raj used to. The funds meant for migrants are being embezzled in what is now known as ‘Corona Maha Loot’. Big announcements are being made through newspapers of food, milk, biscuits, fruit etc. being disbursed in quarantine centers and good arrangements for sanitation, light and toilets. But reality is the horrifying opposite. CPIML leaders who visited these centers said that after MP Chandeshwar Chandravanshi’s video-conferencing with Collectors, the loot has increased manifold. In view of the increasing protests, heavy police bandobast is being done at the centers. But the real aim is to carry on the loot without exposure and to hush up injustice in the name of safety. 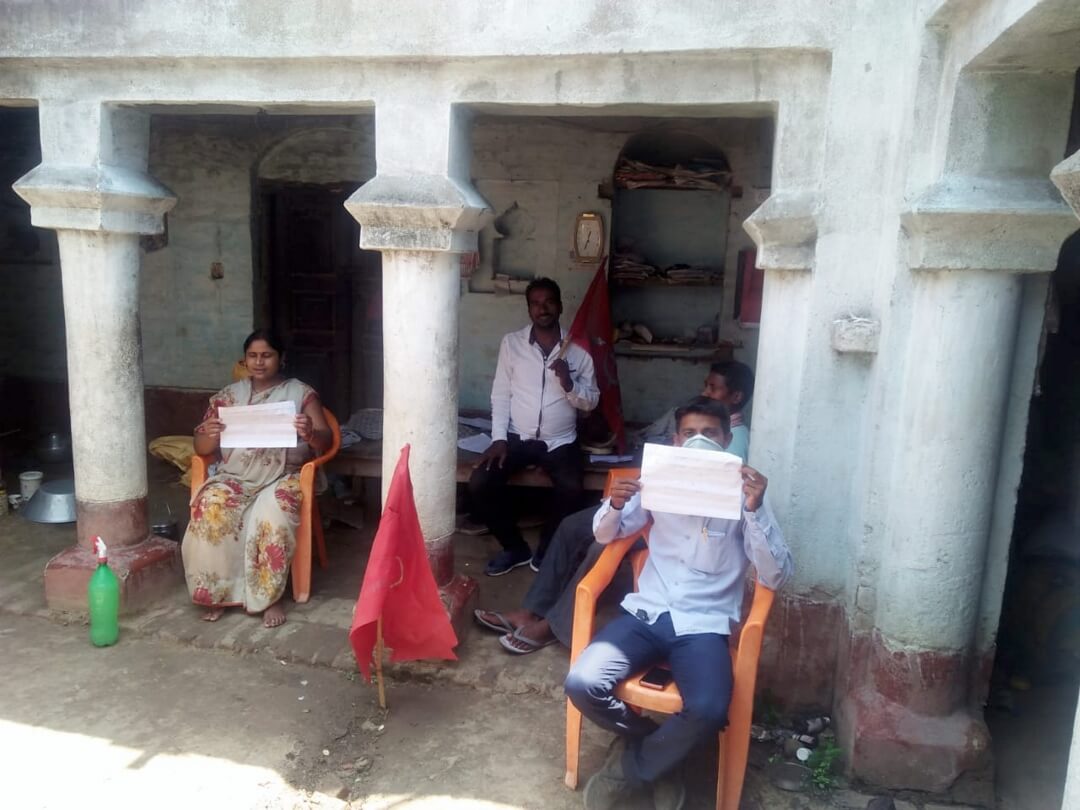 Villagers and Relatives Protest: On 8 May, responding to a call by CPIML, hundreds of farmers and workers including relatives of those interred in the quarantine centers held a dharna, keeping Lockdown rules, to demand proper food and other arrangements at quarantine centers, display boards of governmental facilities available at the centers, suspension of Nauru Quarantine Center in-charge Jehanabad CO, sending quarantine center inmates to home quarantine after proper blood tests. The dharna was held at various places in Jehanabad including the CPIML District office as well as several villages. CPIML leaders said that if quarantine center conditions are not improved, the relatives of those held at these centers would be constrained to hold protests outside the centers. They demanded that if everything is being run properly, why is the Nitish government not putting out the list of quarantine center facilities in the public domain?

On 6 May 2020 a CPIML fact-finding team led by Manoj Manzil visited the quarantine center at Buniyadi Middle School, Agiaon, Bhojpur. They found the conditions to be appalling, lacking in quality as well as quantity of food, sanitation, water, light, fans, mosquito nets, toilets, spraying of bleaching powder and women’s safety arrangements. 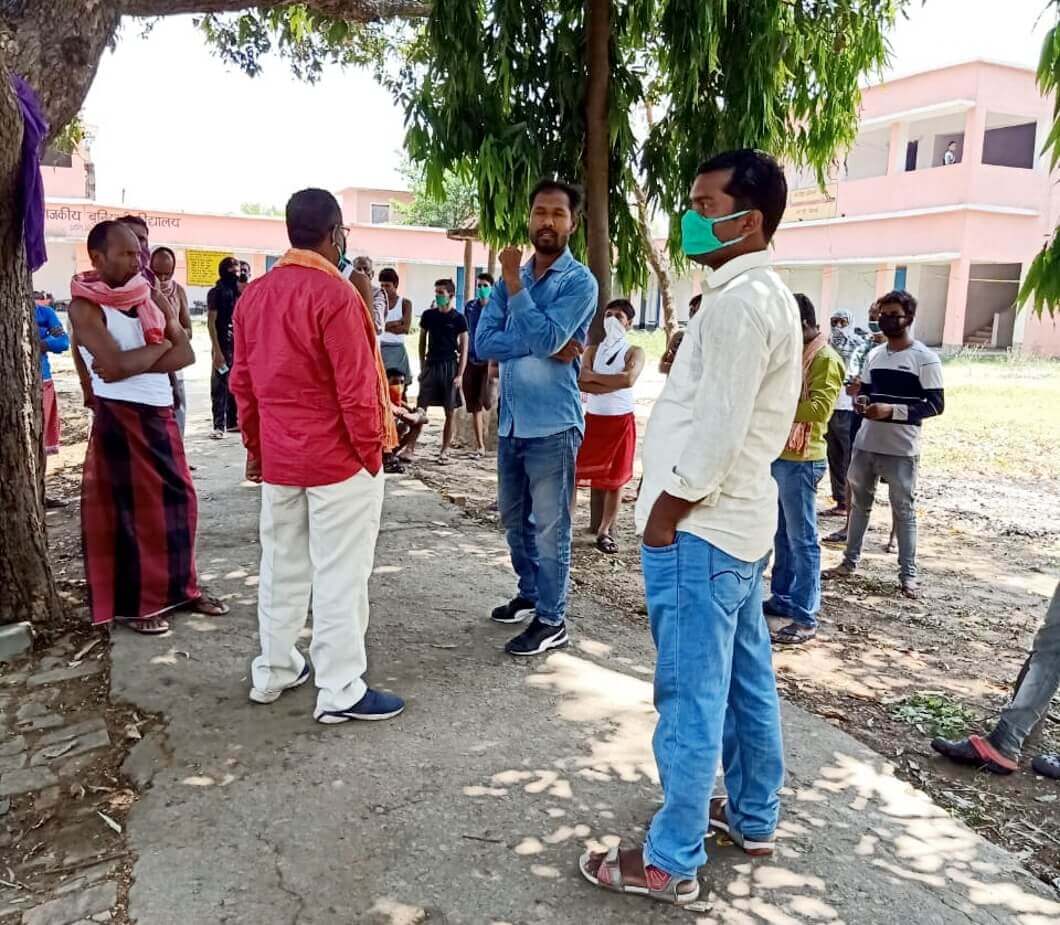