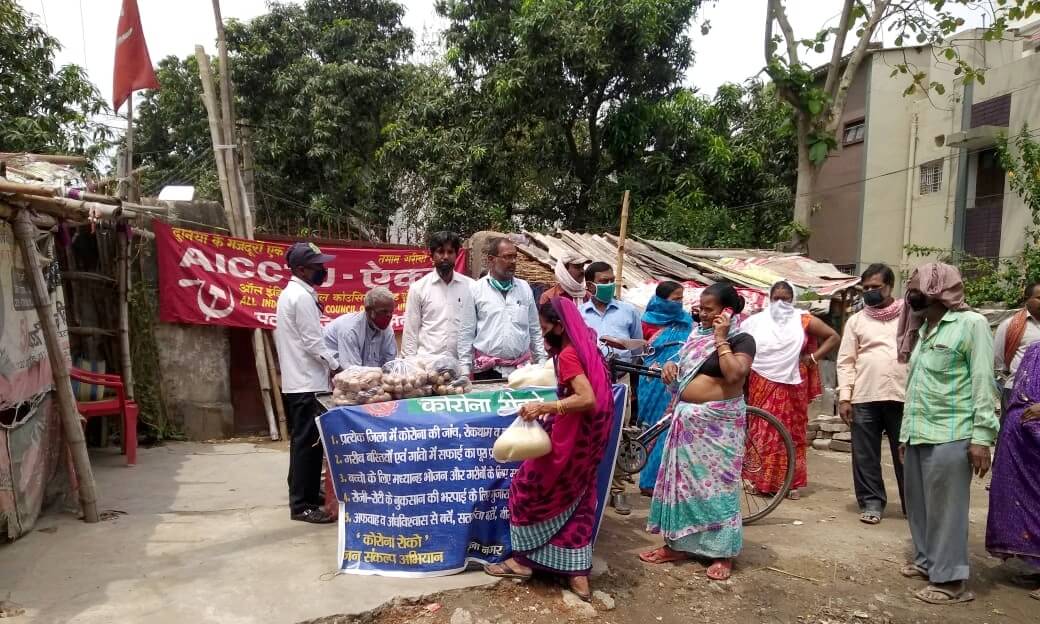 AICCTU and CPIML distributed dry rations among hundreds of construction workers and other urban poor families in Kankarbagh (Patna) on 12 May 2020.

The ration disbursement work was done from the Bihar State Construction Workers Union (AICCTU) office at No. 11, Mazdoor Adda, Ashoka Road, while following physical distancing rules. The dry ration disbursement was done mainly among workers who had come in search of work from other Districts to places in Patna like Ashok Nagar, RMS Colony, Ramakrishna Nagar, Samrat Colony, Indira Nagar, as well as construction workers stranded in the Lockdown, and tempo drivers and urban poor. Participating in the disbursement work were AICCTU leader Ranvijay Kumar said that dry ration packets were disbursed among hundreds of families. He further said that after the Lockdown began distribution of dry ration has been done among about 400 needy families in the Kankarbagh area and food packets have been distributed among more than 3100 people. He said that in absence of proper government help the ration distribution work will continue till the Lockdown period lasts. 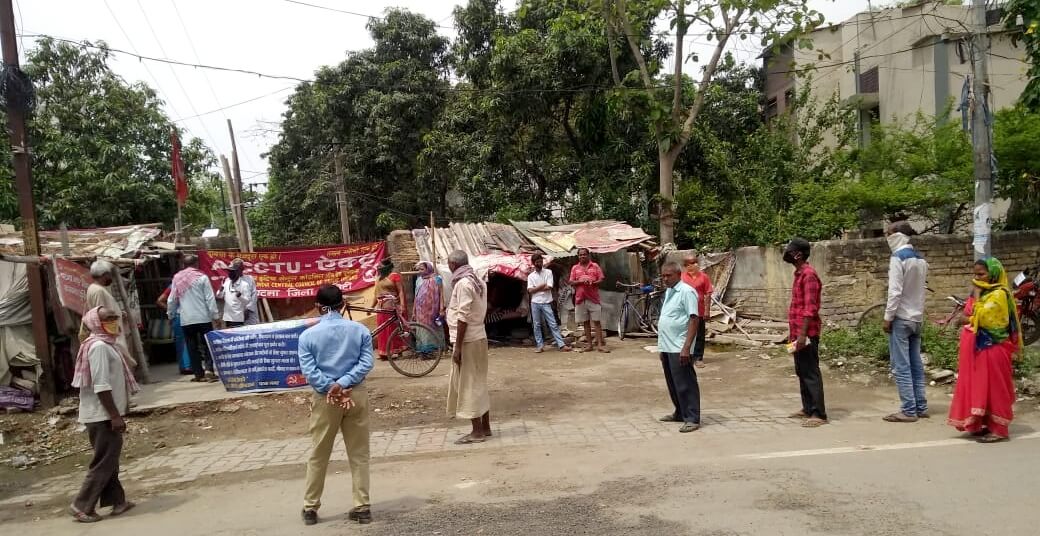