Countrywide Protests Against the Attack on JNU 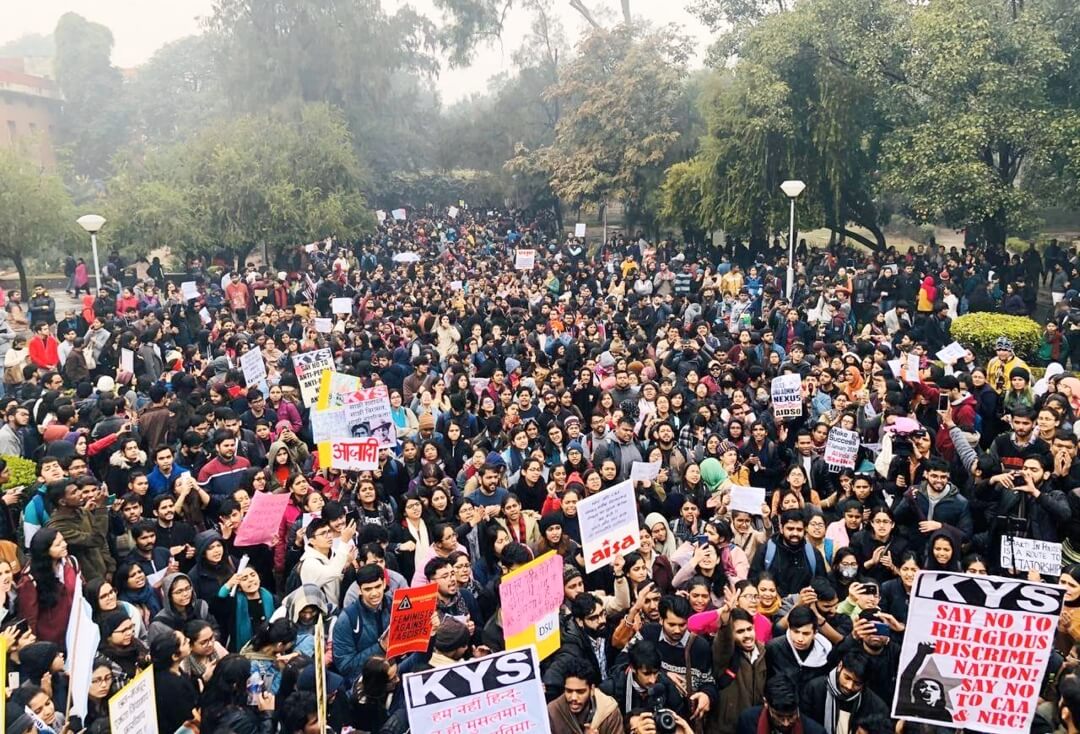 CPIML called for countrywide protests against attack and vandalism in JNU by masked ABVP goons in active collusion with Delhi Police, JNU administration and JNU Security. The JNU administration, as well as Delhi Police which is directly answerable to Home Minister Amit Shah, allowed the mob to run amok in JNU without any intervention. The Modi-Shah dispensation at the centre have continuously targeting JNU and other Universities since it has come to power.

Nearly two dozen students were admitted to hospitals with injuries. JNUSU President Aishe Ghosh was seriously injured in this attack. Many teachers were also injured. A day earlier, the JNUSU General Secretary Satish Yadav was attacked and injured by ABVP goons.

The same Delhi Police which imposes Section 144 to curb protests against Citizenship Amendment Act, allowed the goons to rampage and vandalise JNU for hours and then walk away.

Protests were held at all places where large number of people in large numbers came forward to condemn this fascist act and to express solidarity with the JNU students and teachers. 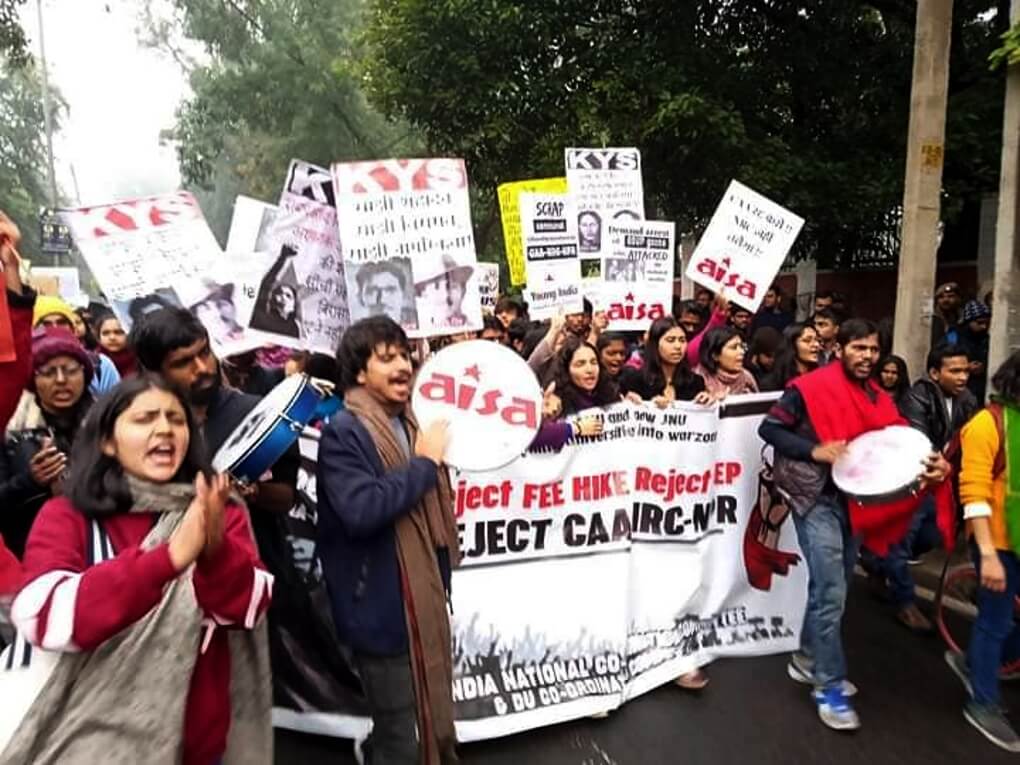 AISA strongly condemns the brutal and terrorising attack on students and professors of JNU by ABVP-RSS supporters and termed it a well planned attack by ABVP-JNU administration-Delhi Police.

In the early hours of 5th January, some 30-40 people wearing the Cyclops uniform and masks came and attacked the students who were present in the school area in JNU. Students were kicked and beaten. Female students were molested. ABVP and RSS backed teachers also gathered and brutally attacked the students who have been protesting since the past two months against the illegal IHA manual and the massive fee hike. JNUSU General Secretary was also attacked by the ABVP and its backed group of teachers naming ‘JNUTF'. Many students were mob lynched. Dripta, a MA first year student of Linguistics, has suffered a fracture in her leg.

In the evening when the students had gathered for the peace meeting, a 60+ ‘mob' led by ABVP former DUSU President Satinder Awana and others entered the JNU campus with the help of Delhi Police. They were carrying Iron rods, lathis and other severe weapons with them. They were joined by the ABVP of JNU and all had their faces covered with the masks so to remain hidden. They went on to disrupt everything in the campus. The mob entered the hostels and started beating students brutally. JNUSU President, Aishe Ghosh was severely injured when her head was smashed with a Iron rod by them. A faculty member was also attacked by the mob while she was trying to protect the students and sustained grievous injuries. Over 18 students were admitted to AIIMS trauma center with severe injuries. The cars and houses of JNU professors who stay on campus were also attacked.

ABVP attacked students with rods and sticks in an attempt to ensure that the diktats of JNU administration is implemented and the fight for affordable education is hampered. ABVP has disclosed its true identity and the nexus that exists between the JNU administration, ABVP and Delhi Police is now out in the open. 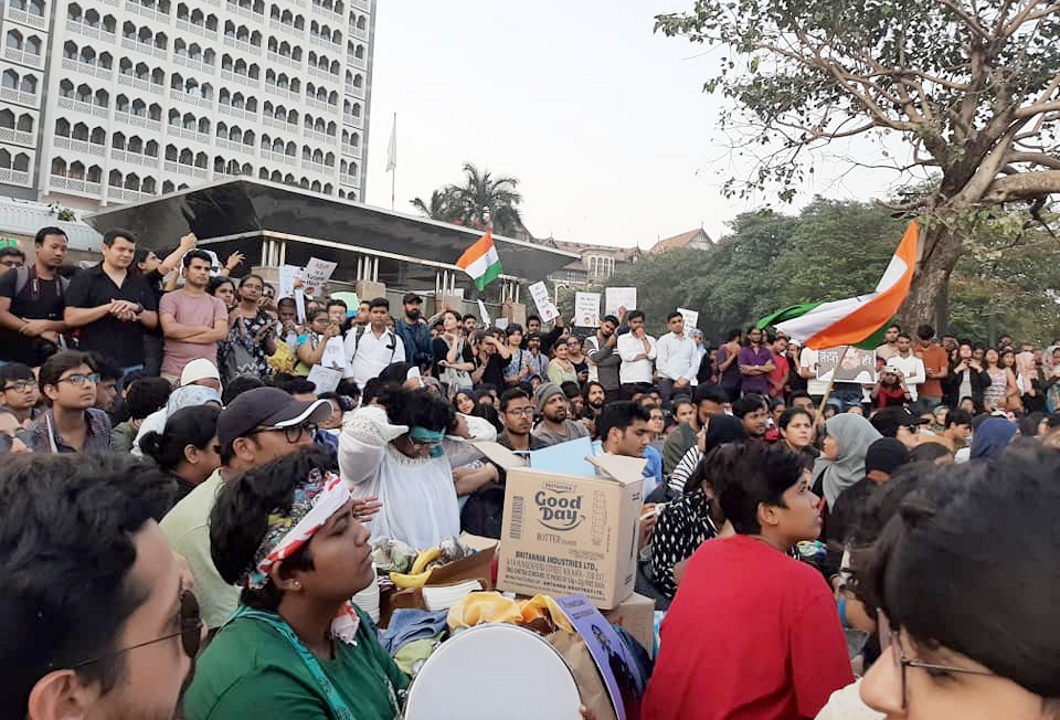 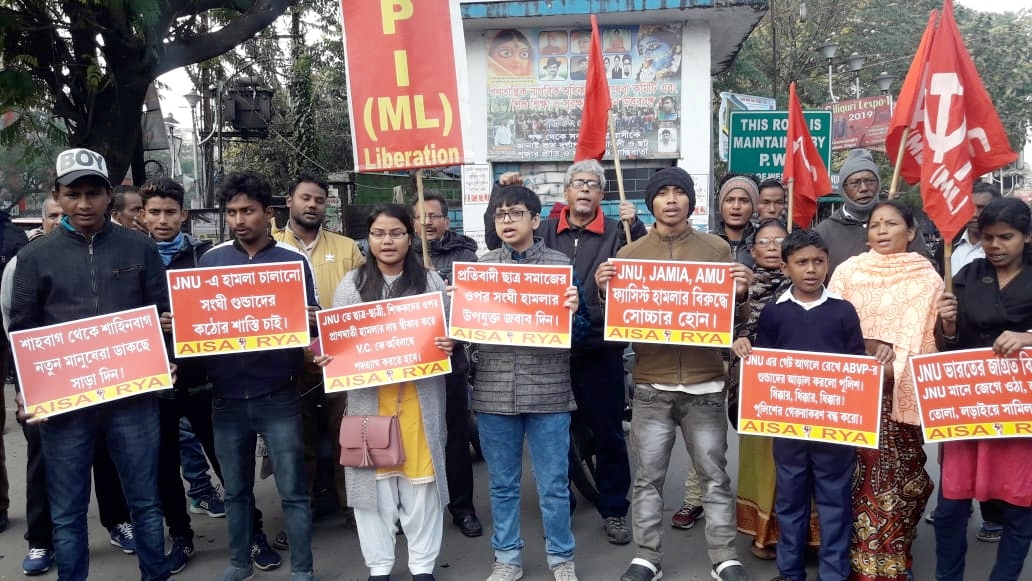