Report on Eviction of Daman Fishermen

(The following is a fact-finding report by Gujarat CPIML in-charge Ranjan Ganguly and Laxman Bhai Wadia on the brutal eviction of fishermen from their ancestral villages in the Union Territory of Daman.)

IN 1155 A.D. Portugal defeated the Abyssinian Muslim chiefs and captured Motidaman ka Qila spread over 30,000 sq.m. From then until the accession by India in 1961 Daman and Diu were under Portuguese rule. Surrounded by the sea on 3 sides and situated on the banks of the Damanganga River, the UT of Daman is populated in large numbers by fisher folk. In the local language they are known as ‘Machhi Samaj’.

In neighboring Gujarat, total prohibition has been the law for years; Daman and Diu have been the luxury destination of Gujarati businessmen and elite class, where they can get tax-free local as well as imported drinks. Taking advantage of this situation, the Khemani Group brewing company has become one of the biggest manufacturer of alcohol in the country today.

The local people believe that this Khemani Group directly approached Narendra Modi to make Daman a preferred tourist spot, to which Modi willingly agreed. On 19 January 2019 Modi inaugurated the Motidaman Qila Development and Beautification project. Daman-Diu administrator Praful Patel and BJP MP Lalubhai Patel were given the charge of carrying forward this project.

About 8 months ago the Khemani Group installed an old T-55 Tank at the Motidaman Qila to develop ‘Nationalism’ in the people of Daman, which has nothing to do with development but is meant only to satisfy BJP’s communal, fascist jingoistic divisive agenda. A plaque with the inscription ‘Conceptualized by Khemani Group’ was also installed.

From here begins the saga of repression by the administration on the fisher folk of Daman. The administration, with heavy police bandobast, came down on the Ishkati Sheri Machhiwad village and extending between the Lighthouse (adjacent to the Motidaman Qila) and Jumper. Their homes were demolished without any arrangements for rehabilitation or compensation. Collector Rakesh Minhas personally oversaw the demolition. Protesting fisher folk, men, women, children and the elderly, were brutally lathi charged. Women victims say that the Executive Magistrate Sagar Thakur himself wielded lathis and hit the people. 135 pucca houses which had been standing since Portuguese times were razed down. For the next few days the fisher folk tried to protest at the Collector’s office but they were repressed with lathis and water cannons.

The Congress is holding ‘Jan Vedana’ (people’s pain) programs in Gujarat but the pain of the fisher folk is invisible to them. 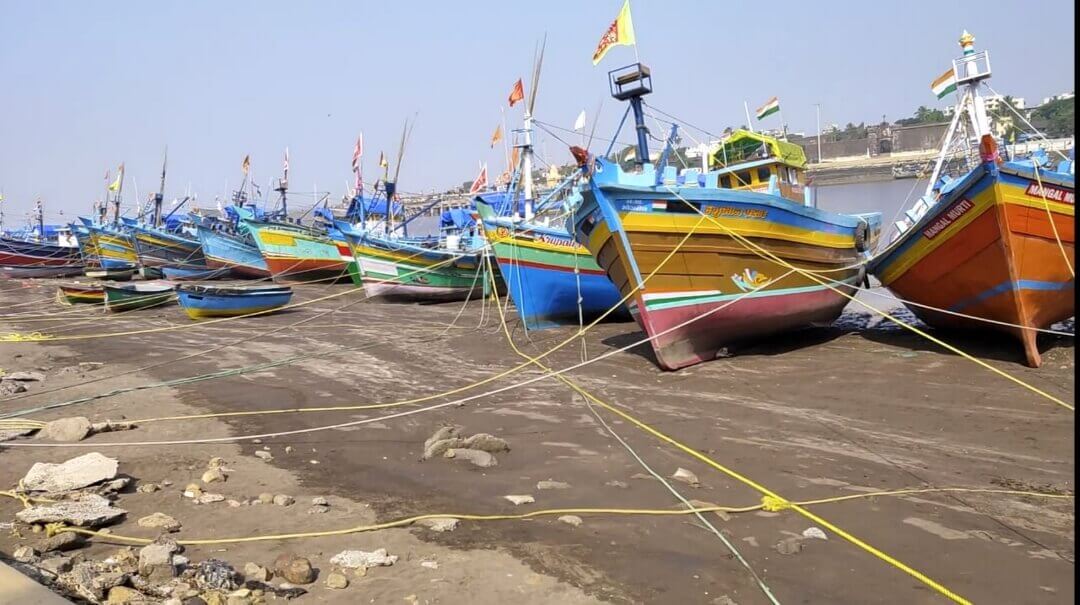 On 9 November the fisher folk community of Leicester in England expressed outrage at the repression in Daman and decided to submit a memorandum to the Indian High Commission for justice for the fisher folk of Daman. They also passed a resolution condemning the failure and incompetence of local representatives of the people and appealed to the people of Daman to fight for justice. They also demanded due compensation and rehabilitation of the evicted fisher folk.