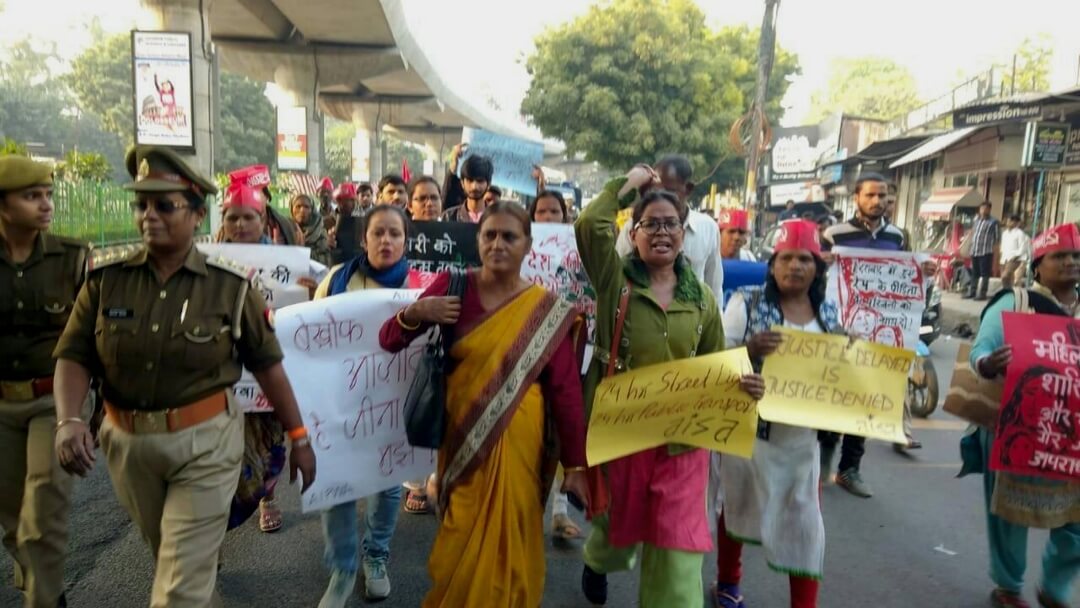 PROTESTS were organized across Uttar Pradesh, as in many other parts of the country, against the heinous rape and murder of 27 year old veterinarian Dr Priyanka Reddy who was gang raped and burnt to death on 27 November 2019 in Hyderabad. 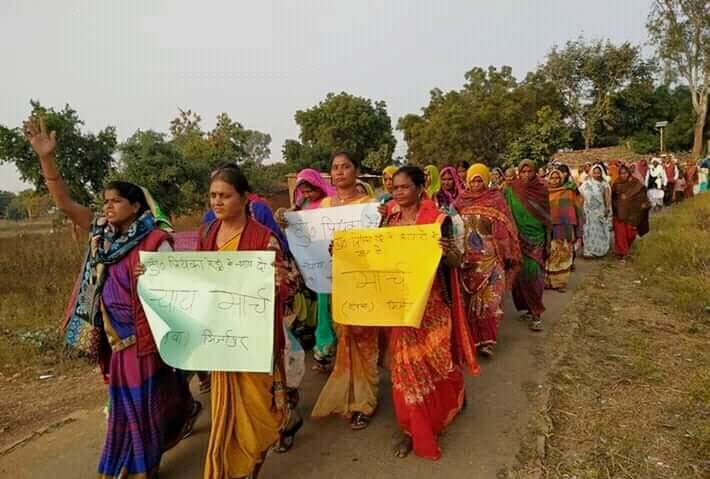 In the capital Lucknow AIPWA and AISA jointly organized a Nyay March (March for Justice) on 2 December from Parivartan Chowk to Ambedkar Statue in Hazratganj. The march culminated in a protest meeting where the brutal rape and murder in Hyderabad was condemned and grave concerns were expressed at the growing number of sexual violence and crimes against women under the Modi-Shah regime. AIPWA State President Krishna Adhikari said that the rape graph has risen sharply under the Modi-Shah rule and the BJP government is entirely responsible for this. Their Beti Bachao Beti Padhao (Save and Educate Daughters) slogan is a hollow sham, and they are actually encouraging rape culture. Those who flaunt the so-called Hindu culture have held aloft flags and organized a rally to defend rapists. We are all aware that the BJP-RSS are doing everything to defend and protect their rapist leaders. This has sent the wrong message in society. We condemn this in the strongest terms and demand strict punishment for the guilty. 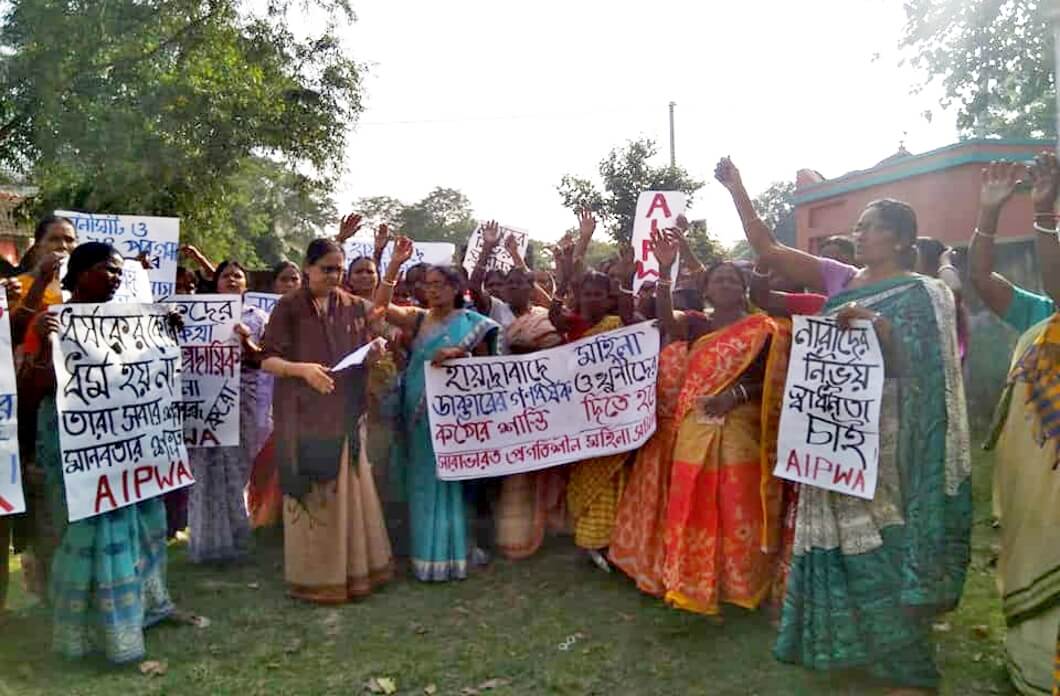 AISA State Secretary Shiva Rajwar condemned the incident of brutal rape and murder in Hyderabad and also strongly castigated those who are tried to give a communal color to the incident. He pointed out that the government today has declared an all-out war on students across the country. Gender justice has been destroyed and GSCASH has been ended in a systematic and planned manner. The intent of the BJP government is to deprive girls of education. Speaking at the meeting, social activist Naees Hasan spoke out against the rise of rape culture in the country and said that women across the country are unsafe under this government. 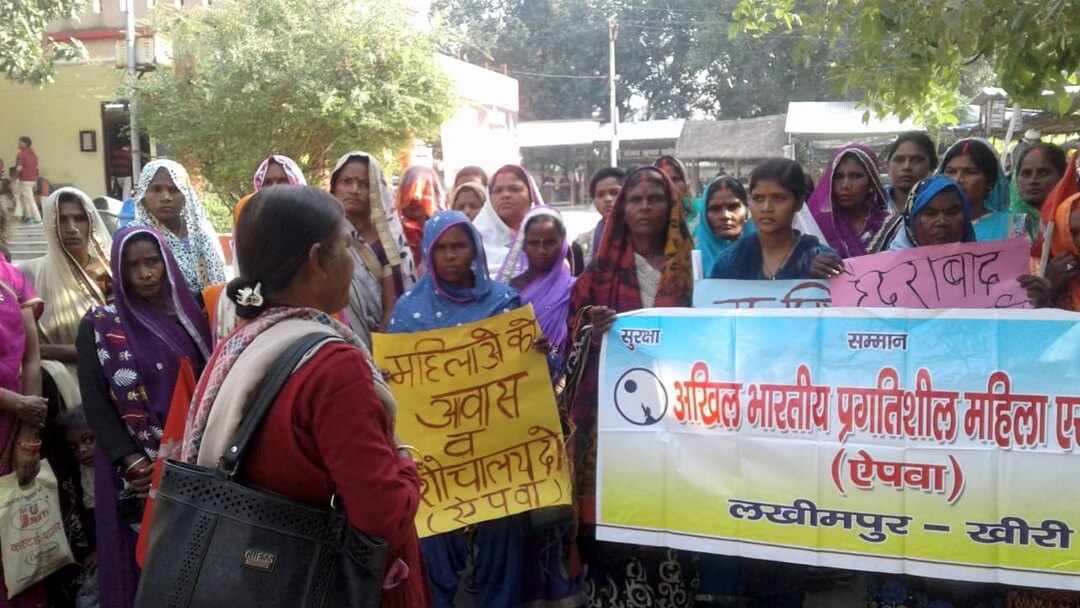 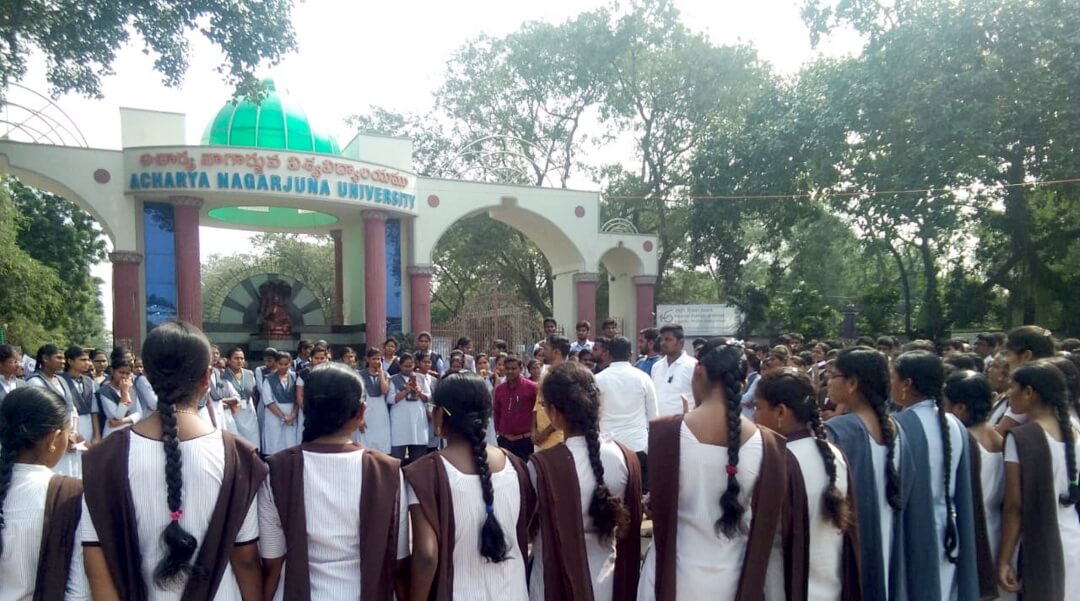 AISA at ANU (Acharya Nagarjuna University) observed a protest and human chain condemning the escalated sexual assaults against women in the Modi regime and demanded justice for the Priyanka reddy. They also demanded for the suspension of the police who acted negligently while they received the report form the victim's parents. CPIML central committee member Nagamani and AISA’s university convenor Rajanna addressed this protest.

AIPWA observed protests demanding justice for the victims of rape and murder incidents in AP and Telangana. In Jamshedpur, and many other towns of Jharkhand AIPWA held protests demonstrations on these issues. People from different walks of life also joined these protests.

AIPWA had called for countrywide protest day on 3 December. In Bihar protests were observed at all district headquarters and major cities. AISA followed this call in various campuses.

All India Scheme Workers’ Federation took out a candle march protest on 2 December in Ahmadnagar, Maharashtra where their representatives had gathered for a meeting. 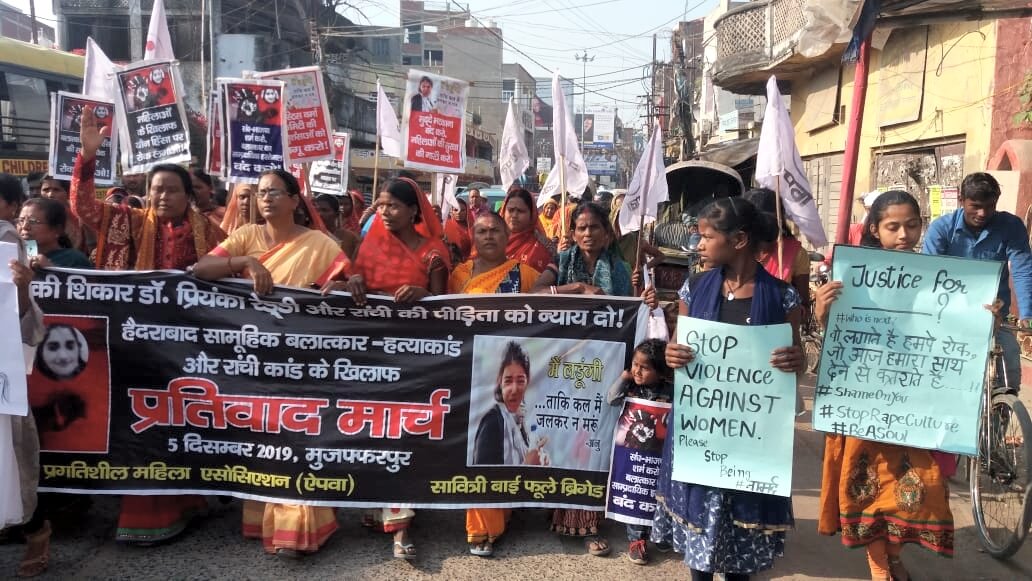 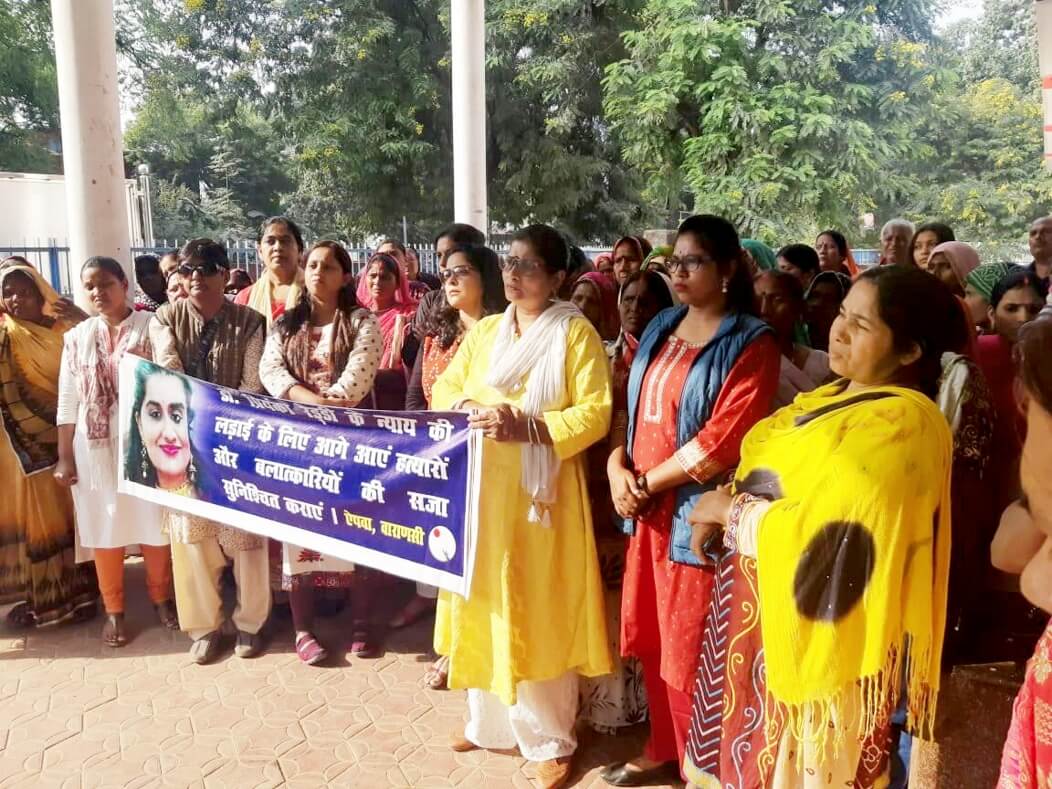 Morale of Criminals High in BJP Ruled UP

The CPIML Uttar Pradesh State unit has said that even as the entire country is outraged and grief-stricken at the heinous Hyderabad rape and murder, another heinous crime has been perpetrated in Uttar Pradesh where a rape victim on her way to court in Unnao on 5 December was drenched in kerosene and burnt by criminals.

Party State Secretary Sudhakar Yadav said that far from ensuring justice for rape victims, the Yogi government has failed even to guarantee their safety while they are waiting for justice. The latest incident at Unnao is proof of this, where the rape victim who had filed an FIR against named accused persons in March this year and was fighting the legal battle for justice was burnt in this lethal attack on her life.

Comrade Sudhakar said that the morale of criminals and thugs is riding high in the BJP regime and there has been a massive spurt in violence against women in the State, as can be seen from the statistics. In recent incidents from Sambhal to Unnao, there have been attempts to erase evidence and burn rape victims alive. It can be understood how fearless the criminals have become. The minor victim at Sambhal died; and the 23 year old Unnao victim who was fighting for justice was burnt. These incidents expose the truth about the boasts of the Yogi government about women’s safety and the hollowness and hypocrisy of the BJP’s Beti Bachao Beti Padhao (save and Educate Daughters) slogan.