COMRADE Hari Singh, beloved leader of the working class in Kanpur passed away on 25 Sep. after a prolonged illness. He was 80. He was the UP State Committee member of CPIML and President of UP AICCTU. A militant and extremely popular workers’ leader in Kanpur and UP, and a fierce orator, he was revered even by his opponents for his commitment and hard work. During his political career which stretched for more than five decades he hadn’t missed even a single struggle in Kanpur and was always seen in the frontline of the movement.

In the tumultuous decade of 60s he came to Kanpur as a young worker and started his job in the Binding department of the Laxmi Ratan Cotton Mill. He played a leading role in the strike in his factory in 1966. By 1978 he joined the CPIML while continued his trade union work in the HMKP affiliated textile workers’ Union. In 1980 he founded a new textile workers Union the ‘Textile Mazdoor Ekta Manch’ which happened to be the very first registered trade union under CPIML. 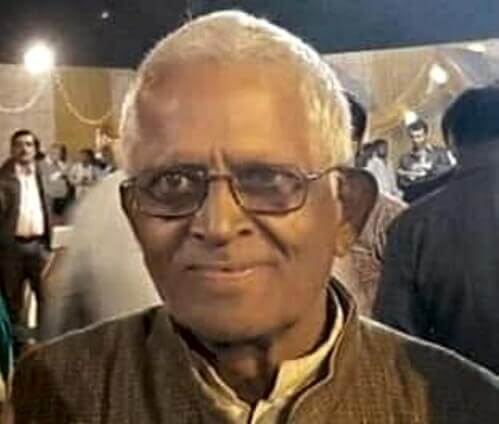 Comrade Hari Singh hailed from Shukulpur village in Gonda. His formal education was up to junior High School. One of the founder members of All India Central Council of Trade Unions (AICCTU) he was elected its UP State President in 2002 and continued with this responsibility till his last breath. His energetic activism could never be surpassed by younger comrades for whom he was always an inspiration. Whenever he heard of a workers’ struggle in the town he used to be among the firsts to reach to the spot on his well recognized bicycle to lead and encourage fellow workers from the front.

Many Unions got affiliated with AICCTU only due to comrade Hari Singh’s efforts and leadership giving the former a state wide popularity. He was a very effective trade union organizer whose popularity breached even the ranks of many pro-establishment unions giving AICCTU new cadres in various parts of the state. He was also instrumental in organizing party in Kanpur. His activism continued after his retirement from the Mill in 2000.

In 2017 it took sometime for him to recuperate from the shock of the death of comrade Sharda, his life companion and comrade in arms, but he was able to fill the void with his increased activism.

A memorial meeting for Comrade Hari Singh will be held on 10 October 2019 at Kanpur which will be attended by CPIML General Secretary Dipankar Bhattacharya and State Secretary Sudhakar Yadav. On 25 September the CPIML Central Committee meeting had just begun at Jhunjhunu in Rajasthan when the sad news of his demise came, the Central Committee stood for a two-minute silence to pay him tributes.