Protests in Uttar Pradesh against Modi Government’s Decisions on Kashmir 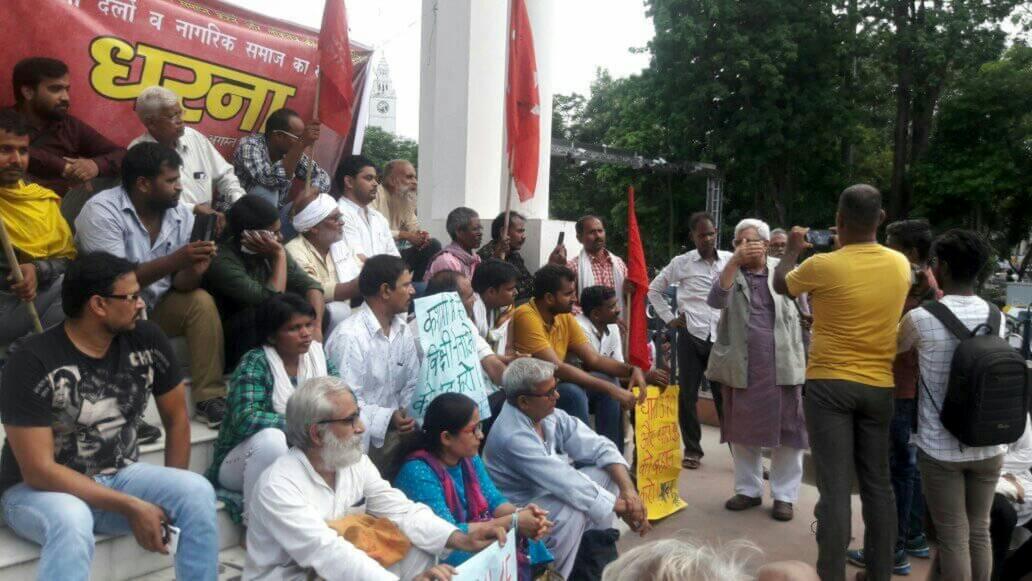 IN response to the unconstitutional abrogation of Article 370 and Article 35A protests are taking place in different parts of the country. In Uttar Pradesh, protest programs were organized in various Districts of on 7 August 2019. The Left parties had called for countrywide protests to demand reinstatement Article 370 and 35A, immediate release of all arrested leaders and citizens in Kashmir, bringing back of normalcy in Kashmir, and ending the tampering with and violation of the Constitution.

The CPIML held a protest at the DM’s office in Mirzapur. Addressing the protest meeting on this occasion, Party State Secretary Comrade Sudhakar Yadav said that the Modi government is attacking the Constitution and democracy with the intention of imposing fascist rule in the country. He said that these actions taken in Kashmir will not remain confined to Kashmir alone. Every democratic voice in the country is on their radar. He asserted that the CPIML and every democratic person is with the people of Kashmir.

In the protest in Ghazipur Comrade Ishwari Prasad said that the action taken by the Modi-Shah duo in Kashmir is equal to a coup on the Constitution. This is an action to burn the bridge that connects Kashmir with the rest of India. The dharna was also addressed by District Secretary Ram Pyare Ram, Nand Kishore Vind, Rajesh Vanvasi, Hansa Devi, Moti Pradhan, Chandravati Devi, Dr Ranveer and others. 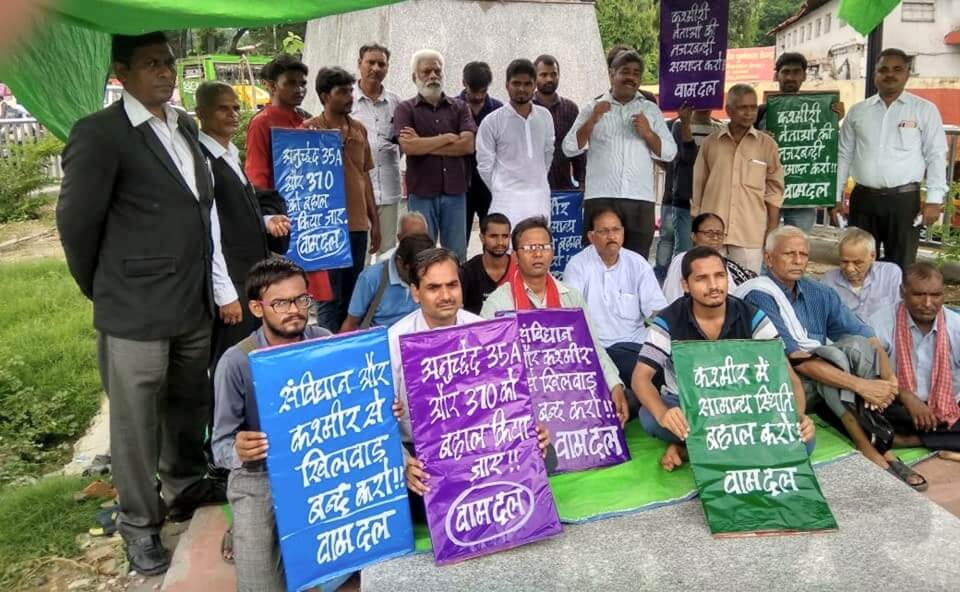 Protests were held at the Rae Bareli District HQ led by Afroz Alam and Vijay Vidrohi and a memorandum was submitted addressed to the President. Some advocates affiliated to BJP tried to disrupt the meeting by fisticuffs and tearing of banners, and these disruptions were resisted. Dharna at Allahabad was addressed by CPIML Politburo member Ramji Rai.

Addressing the protest meeting in Ballia, AIARLA president Shriram Chaudhary reminded the people that Modi had imposed demonetization saying it would end terrorism and strengthen the economy, but the exact opposite actually happened. Today the growth rate is at its lowest, and unemployment and price rise at their highest. Agriculture and industry are both in distress. Similarly, this unconstitutional decision by Modi-Shah will increase the distrust of the Kashmiri people towards the government of India. He said that the CPIML and the people of India are with the people of Kashmir. Joint Left protests were organized at Mau.

Joint Left protests were held at Mathura where Advocate Naseer Shah addressed the meeting on behalf of the CPIML. Protests were also organized and memorandums submitted at Chandauli, Faizabad, Gonda, and Jalaun Districts. Programs were held at Lakhimpur Kheeri and Paliya Tehsil on the occasion of August Kranti Diwas on 9 August.

Earlier on 6 August, a joint Left dharna was organized by CPIML, CPI, CPM, and citizens in the capital Lucknow at the Ambedkar Statue in Hazratganj to protest against the undemocratic and unconstitutional actions of the Modi government in Kashmir. The joint dharna was attended by NAPM leader Sandeep Pandey, Rakesh (IPTA) and Left leaders.