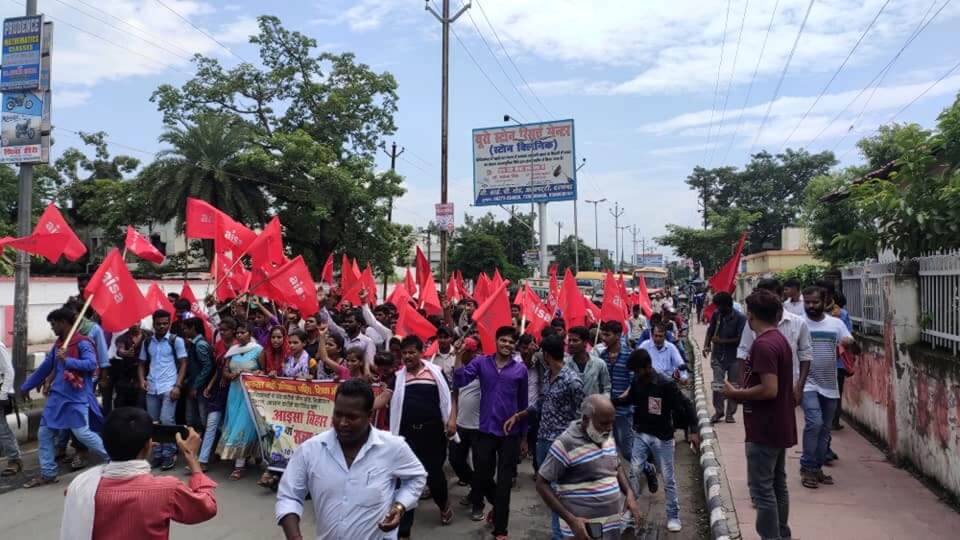 AISA observed its 13th Foundation Day on 9 August 2019 with a rally in Samastipur after which the open session of its 13th Bihar State conference began at the Law College. After garlanding the Bhagat Singh statue, thousands of activists marched from the Bhagat Singh memorial with flags, banners, placards and slogans through the city and reached Ambedkar memorial where they garlanded the statue of Ambedkar. The rally reached Law College and culminated in the open session of the AISA State conference.

The open session was presided over by President Mokhtar and conducted by Secretary Shiv Prakash Ranjan. The inaugural speech was given by Founder General Secretary of AISA Dhirendra Jha. He said that the BJP government is bent on destroying education. Students will be deprived of education by policies like privatization, saffronization and fee hikes. The main speaker All India Kisan Mahasabha National General Secretary Rajaram Singh said that the responsibility of carrying on a massive struggle against the Central and State governments which are destroying education and agriculture has fallen on the shoulders of students today. AISA National General Secretary Sandeep Saurabh said that AISA will coordinate with other like-minded student organizations to strengthen and sharpen the struggle against privatization, saffronization of education, seat cuts and fee hikes. Samastipur College English Department Head Dr Prabhat Kumar said that many posts of teachers and other staff are lying vacant in the College, but only honorarium-appointments are being made as part of the conspiracy to destroy education. He advised AISA to lead the struggle against this injustice. 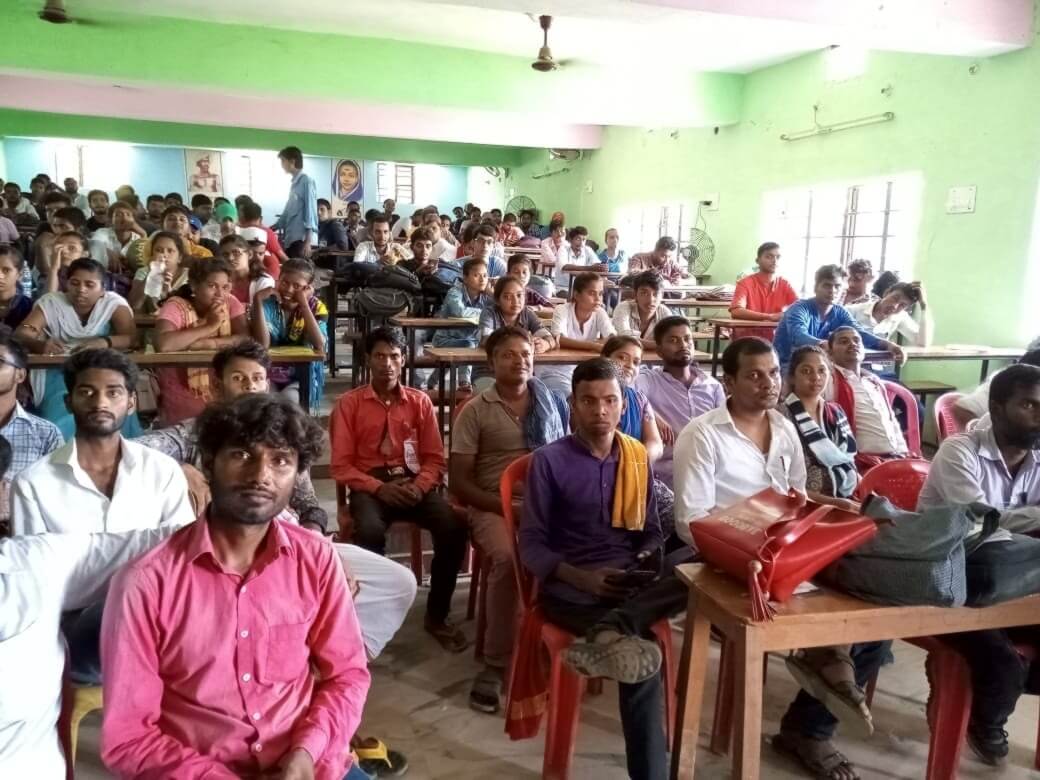 The Presidium of the Conference was comprising Sandeep Chaudhary, Mokhtar, Poonam Kumari, Preeti Kumari, Babu Saheb, Kazim Irfani, and Vikesh. The document presented by the State Secretary was debated and passed in the House. AISA National General Secretary Sandeep Saurabh was present at the conference as observer. The outgoing State Secretary and President answered questions from the delegates at the delegate session. 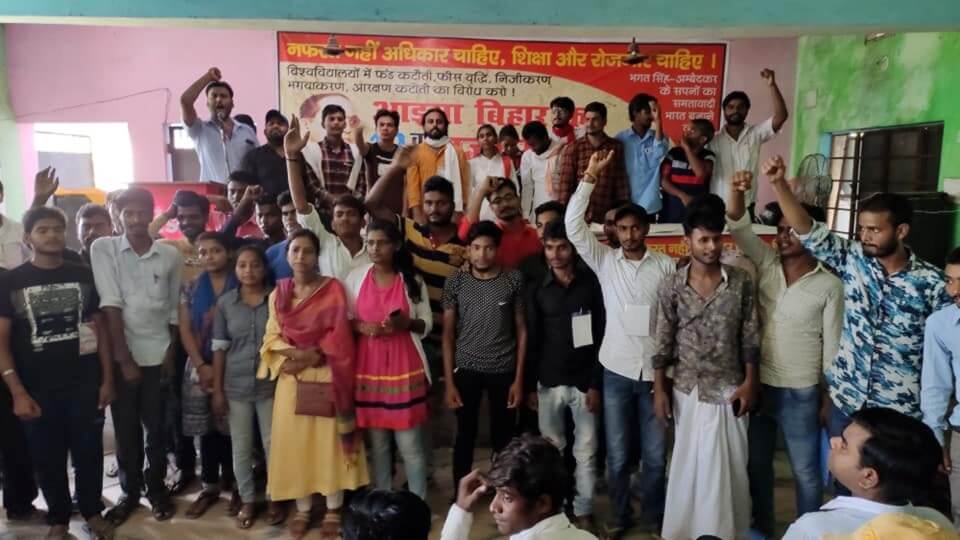 The new President Mohd Mokhtar said that AISA would sharpen and strengthen its struggle for women students’ fee waiver in LNMU and other Universities, and against seat cuts, privatization and saffronization of education. The new Secretary Sabbir Kumar said that AISA would coordinate with other like-minded student organizations and strengthen the struggle against the Central and State governments for students’ interests. CPIML Samastipur Secretary Prof Umesh Kumar called on AISA to carry on the struggle for education, progress and democracy. AISA leader Surfendra Pratap Singh thanked the people of the District for their unstinted help and cooperation in making the conference a success. The conference concluded with a censure motion against ABVP for their attack on AISA activists and tearing of AISA flags and banners. The conference announced that an agitation would be launched if action is not taken against the accused in this case which has been reported in the City Thana.