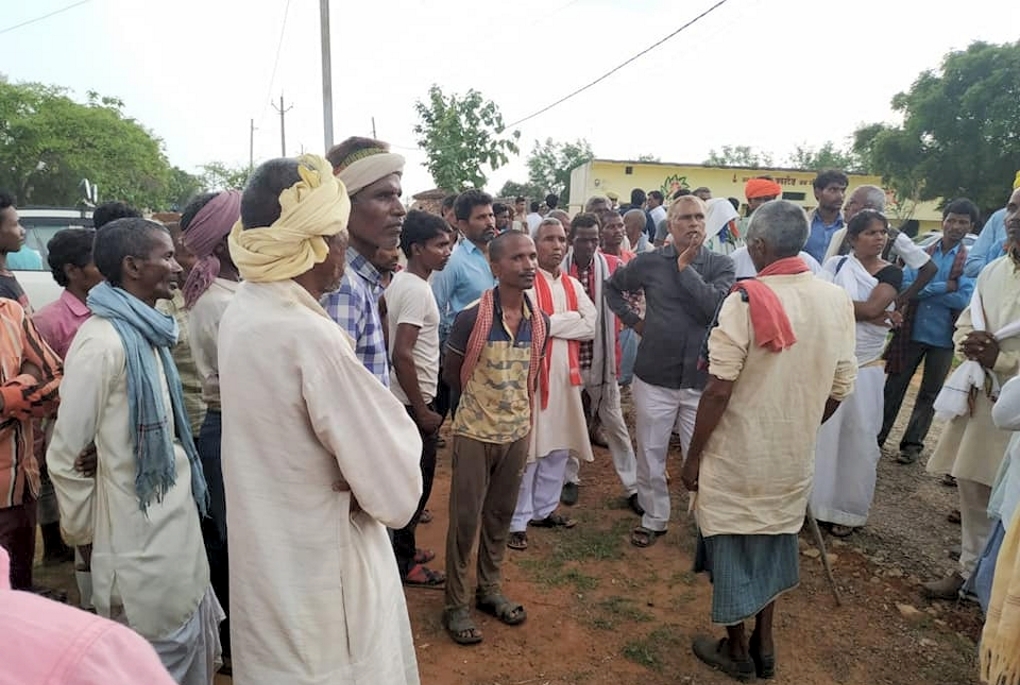 THE Sonbhadra massacre is a fallout of Yogi government’s continued protection being given to land mafia who are openly displacing poor adivasi peasants from their lands with impunity.

Since Yogi has come to power the administration is taking sides with the mafia who are grabbing lands in these tribal dominated districts. Even before this heinous incident hundreds of adivasis have been sent to jail for resisting the grab of their lands, after implicating them in criminal charges. The Yogi government’s protection to the criminals had emboldened them to perpetrate such a heinous massacre.

The CPIML held protests in Lucknow and other places in UP against this massacre and demanded justice to victims, and to stop displacement of adivasis, to regularise all lands under their possession for generations by giving them due land titles and traditional rights over land and forest. The party has also demanded immediate suspension of DM and SP of Sonbhadra, compensation of Rs. 25 lakhs to the families of killed peasants and Rs. 5 lakhs to each injured besides regularisation of their lands on revenue records. A memorandum was submitted to the Governor of UP with these demands on 18 July through a protest demonstration. Protests were held at many places in the state on 22 July as part of statewide protest day.

Comrade Sudhakar has said after returning from Sonbhadra that all the facts indicate that this cold blooded massacre was well planned and with the connivance of police and administration officials.

The massacre was perpetrated so brutally that adivasis who were injured by bullets were then killed by batons and sticks by the goons of the gram pradhan. The villagers continuously kept calling various police and administrative officials but no one picked up the phone. The land which is now claimed by the gram pradhan was in 1952 on papers transferred by the then DM in the names of his wife, daughter, daughter in law and other relative by manipulating land records illegally, while these adivasis were tilling that land since four generations.

The CPIML team stayed in Umbha village for two days before releasing its report to the press. The administration was well aware of the tension prevailing and imminent danger to the villagers but it did not take any preventive measure. This incident should be seen in continuation of Yogi government’s so called attacks on ‘land mafia’ which ironically is the name given to its drive for the displacement of tribals who are inhabited in this region since generations. While the traditional lands of adivasis are being grabbed by dominant mafia under tacit government protection. 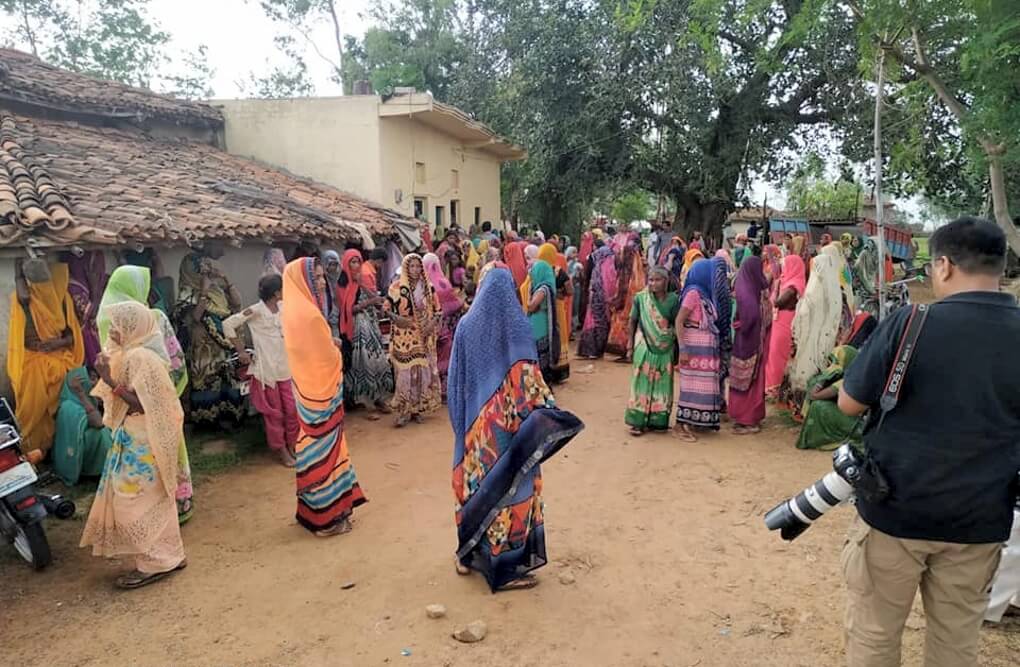 In Umbha village Santipa Devi, mother of Mahendra s/o Gulab, who was injured on 17 July, told the CPIML team that they were living and tilling on that land since four generations when this area was a dense forest. Bhagawant Devi, mother of another injured Rajender said she was terrified when somebody informed her of the gram pradhan Yagydatt had come in village with more than a hundred goons armed with guns, rifles and sharp weapons on 32 tractors and they have started ploughing the land which was villagers’. When people from village started gathering at the site, they were fired upon indiscriminately. Those who fell on the ground after bullets hit them were beaten with lathis till they were dead.

Jawahar was killed in this massacre, his son tells how 600 bigha of land was transferred in the name of a fake cooperative by a DM Prabhat Kumar Mishra, who later transferred big chunks of this same land in the names of his own family members. In 2017 Yagya Dutt the village headman bought this land himself. Now the matter of this land is subjudice.

Anita, daughter in law of Basmatia who was killed and Pintu, son of another killed villager Ramchandra, told that the administration has not done anything for victims’ relief after the incident.
Raju, son of another deceased Ashok, was wondering that while there was firing taking place they continuously kept calling to local police thana, CO, DM, SP etc but no one received the phone call. As soon as firing stopped and criminals left the place, the police immediately entered into the village.

The ownership of this disputed plot, a 112 bigha piece of land, was transferred in the name of village headman Yagya Dutt in February this year. This application for this mutation was filed in 2017 but the then district Magistrate after been approached by the villagers against this move, ordered a probe to investigate how a public land got transferred to few individuals.

The story goes long back and traces its roots in that corrupt nexus of bureaucrats and politicians which had kept India’s landless peasantry deprived of their natural rights over the land they till. This sad story of massacre of Adivasis in Sonbhadra actually began with the Zamindari Abolition process just after the independence.

In 1952 a corrupt IAS officer Prabhat Kumar Mishra carved out 600 bighas freed in Zamindari Abolition from the local zamindar for a Cooperative Society which in fact was an instrument for the appropriation of this public land. This land in the land records was marked as property of gram sabha as infertile land. Although at that time the land was being cultivated by the local villagers.

This is not an isolated incident of appropriating land by forming cooperative society but a common practice by which huge tracts of lands were transferred to vested interests making the land reforms so ineffective and redundant in India. In this case IAS officer’s close family members were made the office bearers of the cooperative who eventually got the land titles transferred in their names somewhere around 1989.

Later a part of this land was sold to the village head Yagya Dutt for which he reportedly paid Rs. 2 crores, and the land was transferred in his name last February 15 (when Adityanath was CM) immediately after the DM who ordered an inquiry into the land appropriation matter in 2017 was transferred out of district. So Adityanath’s statements blaming Congress-era Governments for the land issue leading to the massacre is blatantly untrue. His own Government is directly complicit in facilitating the illegal land grab.

This is an irony of our system that the rightful and deserving claimants, the adivasi villagers, remained deprived of their constitutional right since 1952 till today and many of them ultimately lost lives and many more were maimed while that land remained in the hands of very same class completely defeating the basic objective of the land reforms. Political parties with diverse shades had their turn to rule the state but none of them found this worth to find a permanent solution to the land redistribution process.

The current government led by BJP’s Yogi took credit for accepting the mutation application of corrupt and greedy village pradhan who was so emboldened that he went with an army of 200 heavily armed goons on 32 tractors in broad daylight to massacre the unarmed villagers. How can this be possible without administrative connivance when villagers had already informed the officials of imminent danger many days in advance?