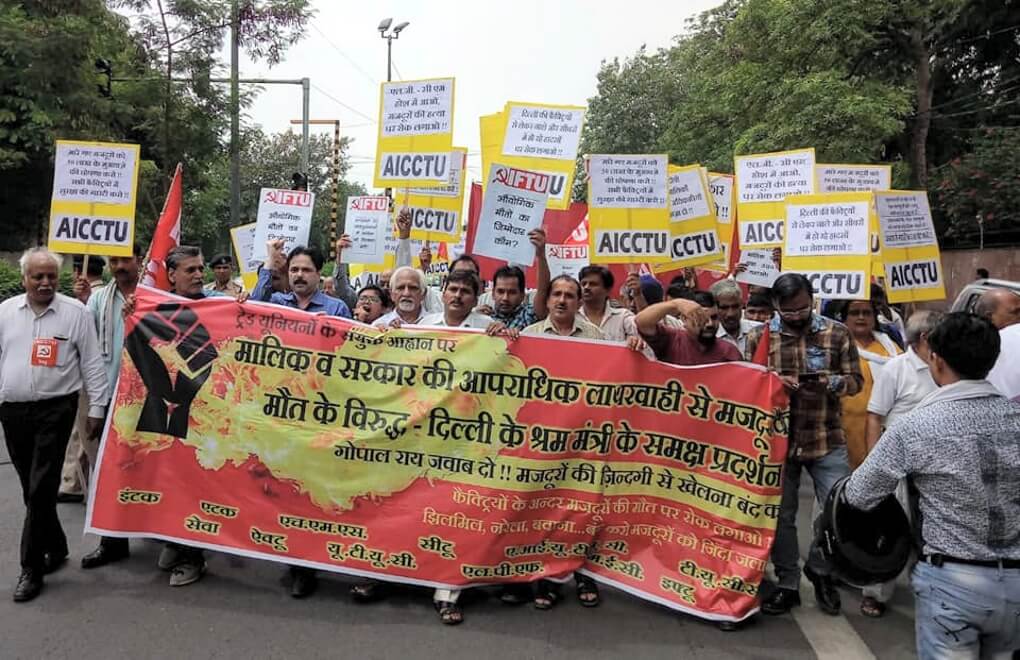 ALL India Central Council of Trade Unions has sharply criticized Delhi government for its continued laxity in matters of industrial safety which has taken lives of hundreds of workers during last few years. Recently another factory in Jhilmil Industrial Area met with a fire accident taking the lives of three more workers. The AICCTU has said that these factory fires have become a phenomenon of greedy factory owners who never care for the lives of the workers while the Delhi gov. has become a culprit by not taking any effective measure to contain this illegal anti-worker trend of violating industrial safety. On earlier occasions there had been factory fires in industrial areas of Narela, Bawana, Sultanpuri, Mundaka, Narayana, and other places leading to loss of life and livelihoods.

AICCTU held a protest on 16 July in front of Delhi’s Labour Minister Gopal Rai and gave a memorandum to remind him AICCTU’s old demand of taking measures of industrial safety.

An AICCTU fact finding team visited the burnt down factory in Jhilmil in Shahdara has termed the deaths in this fire a blatant murder as safety rules and norms were found to be openly violated with impunity by the owner. The factory was producing plastic water taps without a valid license. The Delhi CM has announced a compensation of 5 lakh rupees to the killed workers’ families, but the visiting team suspected of more unreported deaths as nearly 50 workers were at their jobs when the fire broke out. 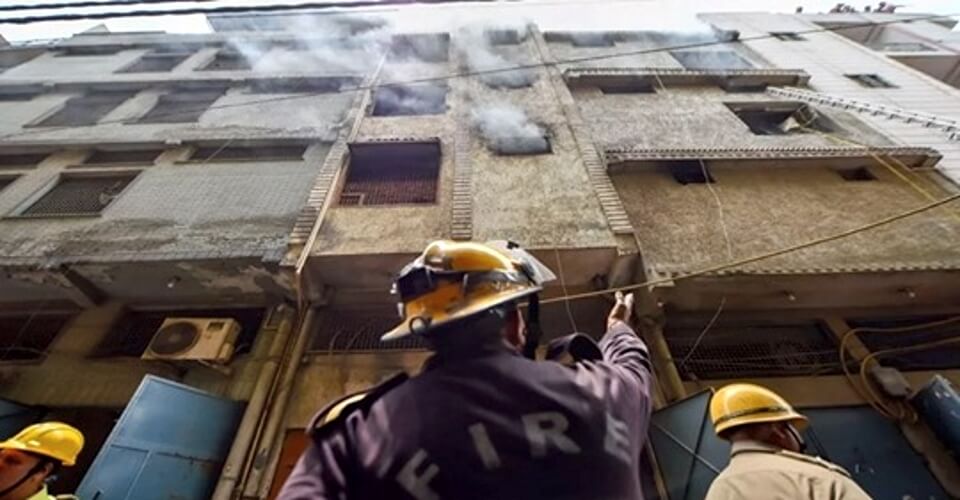 This is not first time that the factory gates were locked from outside at the time of the accident. Locking the gates is highly illegal and criminal act on the part of the owners of factories but this is also the norm in Delhi as most of the production units here are engaged in production without proper legal sanctions and without fulfilling the safety rules under the very gaze of the administration.

Last year there was a big fire in a factory in Bawana where many workers were killed. Then again the doors of the factory were locked from outside and the total number of workers killed was doubted by the workers who were present nearby. The owner of that factory got bail from the court very easily because the police deliberately did not place this fact before the court that the doors were locked at the time of the accident. Now one can speculate about the outcome of police inquiry in this case too. The workers of Delhi are not quite hopeful of any positive action from any government agency regarding their safety at workplace!

In absence of effective implementation of labour laws and with a tacit connivance between officials and the employers, the greed crosses all limits. The workers in this particular factory had to work under such life threatening conditions on a meager monthly wage of Rs. 8000 only, without any benefit of provident fund, ESI or Bonus etc. There was no provision for weekly day off or holiday. The minimum wage rates in Delhi are around Rs. 14000 per month. But then the right to unionize is a distant dream in face of repressive employers and a lax government.

An official of municipal corporation of East Delhi had told that the said factory was operating without a license which amply exposes the nexus between the officials of MCD, Labour and Police departments. The factory is located in a very unsafe narrow lane where electrical wires were hanging overhead so dangerously that it made rescue work more difficult. It is not permissible for a production unit to have only one entry/exit gate in the premises under the Factories Act, but in this case it was only one door and that too was locked. Sadly, this is common feature in all the industrial areas in Delhi and NCR. 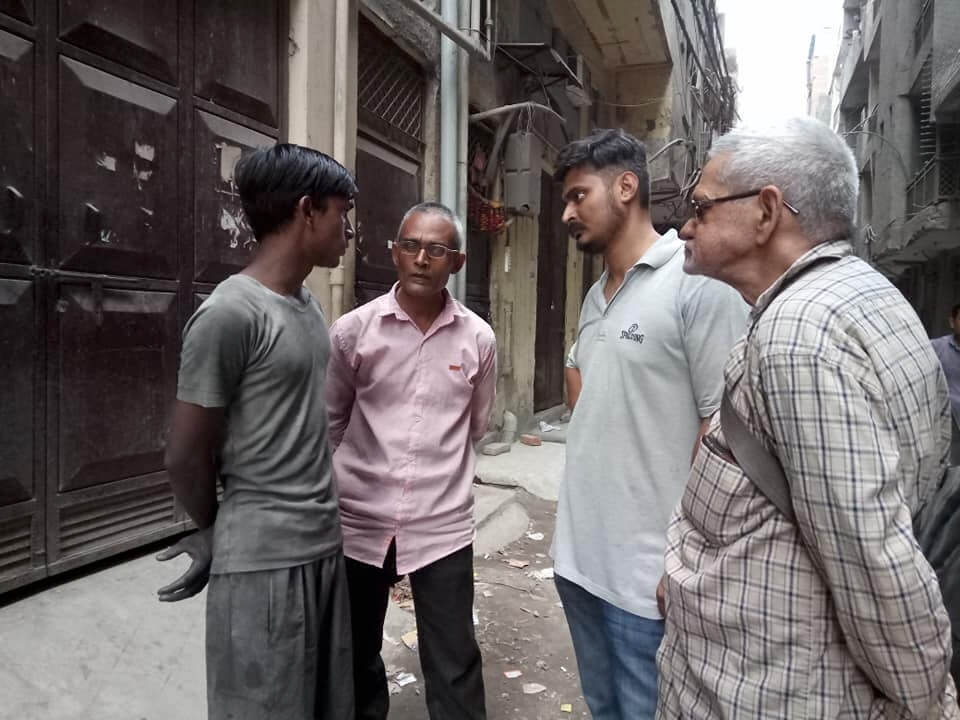 The fact finding team has said that the Delhi government has given a free hand to the employers to satisfy their lust for profit at the cost of workers’ lives and hence these all deaths must be seen as murders and such dangerous workplace conditions be viewed as modern day slavery. There have been no proper Audits for factory safety even after so many accidents in any of the industrial areas.

Then its not for industrial workers only, other sectors also face similar dangerous and murderous workplace conditions. One such section is sanitation workers many of them die every year in order to keep national capital’s sewers clean and flowing!

Trade Unions have been raising the demand of workplace safety consistently before the Kejariwal government. Although the situation is worsening day by day.

The AICCTU has put forth following demands before the Kejariwal government which are more a reminder of its earlier memoranda: