Struggle for Justice for Constable Sneha in Bihar 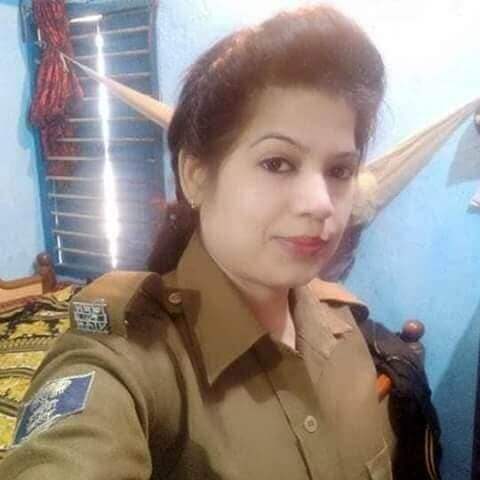 PEOPLE in Bihar are agitating in many districts against the death of a woman police constable Sneha in Siwan which is suspected to be another case of sexual harassment and murder. Her parents have said that the case was lodged as suicide but facts point to a different direction. Her body was recovered from her official residence on June 1 and the Siwan police hastily disposed of the matter.

A CPIML team comprising of Satyadev Ram, MLA, Umesh Singh and Sangita Singh visited Munger, the home district of Sneha, to meet agitating people on 30 June. They are demanding a CBI inquiry into the incident in place of CID inquiry. Vivekanand Mandal, father of the deceased constable, suspects foul play and accuses Siwan police for giving a clean chit to higher officials even before the inquiry commences. A local chowkidar had informed him on 29 May that his daughter is unwell, he rushed to Siwan immediately but was not allowed to meet his daughter in the hospital. Later he was informed of her death but was not allowed to see her dead body. Surprisingly the post-mortem was conducted in Patna in place of Siwan because Siwan doctors refused to make a false post-mortem report, accused the father. The police even beaten up the concerned doctor in Siwan and doctors in Siwan hospital went on strike in protest!

Vivekanand Mandal was forced by the police to take the dead body without allowing him to identify her. He claims the body which was handed over was not of her daughter and was quite old and decomposed, which is not possible for a two days old body. When the family members refused to take that body the SP of Munger Gaurav Mangala and SDO Khageshchand Jha threatened to arrest them. Later the body was cremated by the police administration. On 2 June police lodged cases against people who came in protest and blockaded the highway in Munger.

An indefinite protest sit-in continued in Munger from 24 June till 30 June when protesters were forcibly removed by the police.

The father Vivekanand Mandal unable to bear with the shock has fallen sick and is admitted in ICU in a hospital. 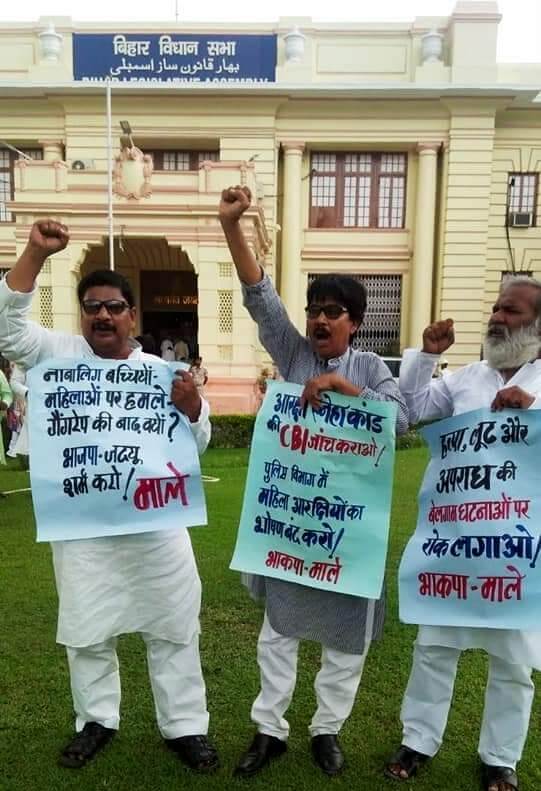 The CPIML MLAs have protested this atrocity inside Bihar Assembly demanding a CBI inquiry and action against the police officials. There have been many incidents earlier also where women police constables have been subjected to sexual harassment and exploitation. Satyadev Ram has said this incident again exposes BJP-JDU government’s anti-women face behind the hype and propaganda of women empowerment. The CPIML announced a statewide protest on 6 July for the demands of action and CBI inquiry. The party has condemned the Nitish Gov for hushing up the whole case in spite of the glaring facts that implicate higher police officials. The Party accused that the administration is trying to protect certain officials while the women are not safe even in the police department. Only sometime back women constables had protested against higher officials in Patna police lines but in that case too the matter was not taken up with women’s perspective and protesting constables were summarily terminated en mass.

This too is an apparent case of long time sexual exploitation and murder and indicates involvement of Siwan SP. The elder sister of constable Sneha had a normal telephonic conversation with her on 27 May, she was alright then. How come her condition deteriorated suddenly on 29 May? She questions the official version without any satisfactory answer. Sneha hails from a most backward caste community and her family members are continuously threatened while the people protesting have been slapped with criminal cases. 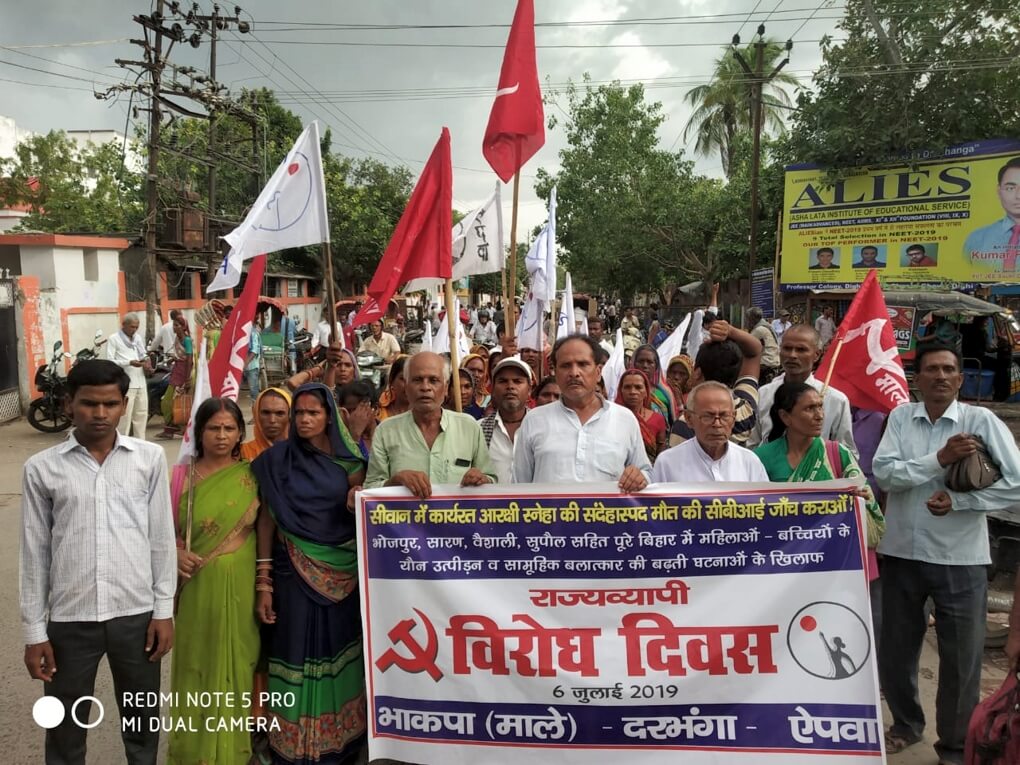 In Patna protesters led by AIPWA leader Mina Tiwary and CPIML’s Abhyuday, said that atrocities on women have increased manifold in Bihar as criminals and rapists are being protected by the BJP and JDU led administration. They also condemned another incident of rape in Gadhani of Bhojpur district where a dalit woman was brutally raped by feudal criminals. Anita Sinha of AIPWA described another heinous incident in Vaishali district where a daughter and her mother’s heads were tonsured for resisting an attempt to rape. The Bihar government always responds to such incidents by not taking any effective quick action hence boosting the morale of the criminals. 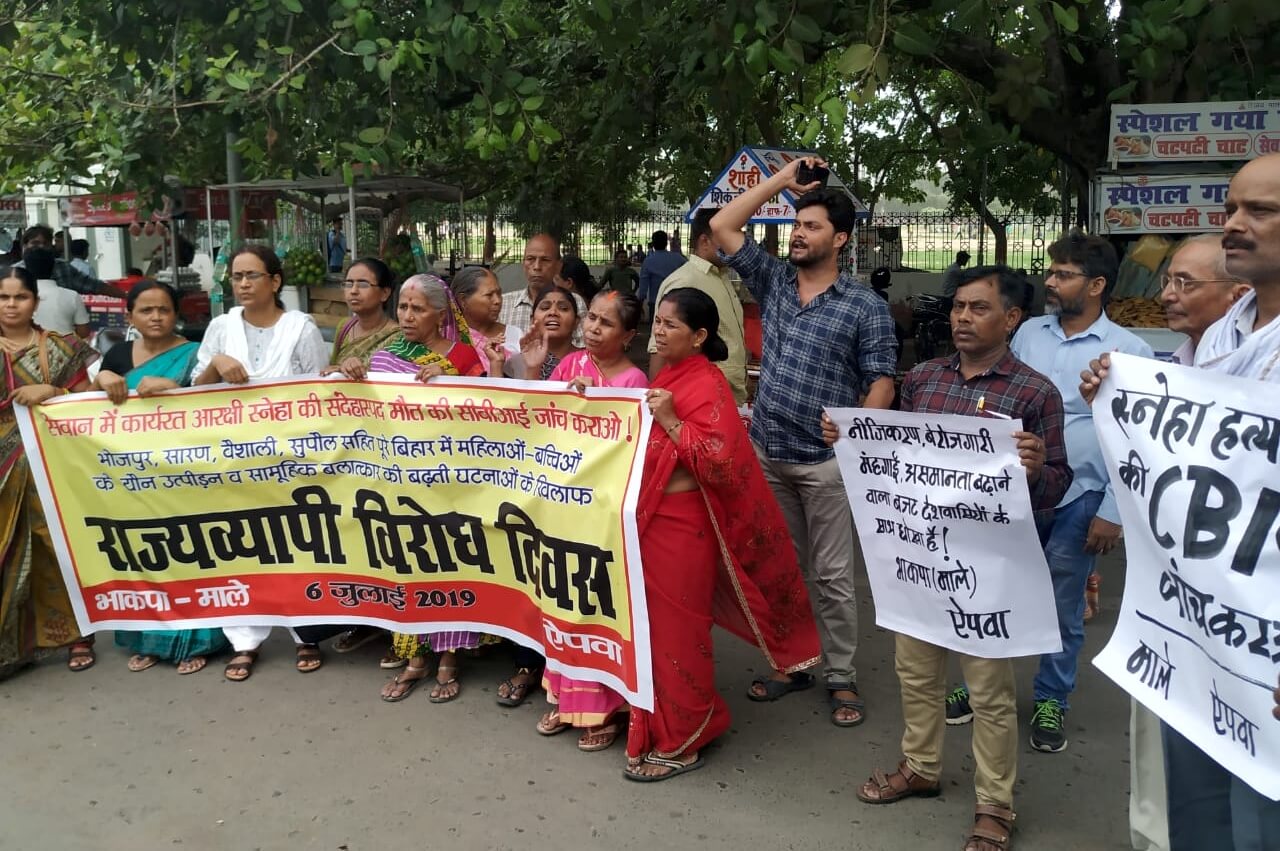