STUDENTS and youth from across the country and from more than 60 organisations flooded Delhi with their banners and posters at the Young India Adhikar March from Red Fort to Parliament Street where a massive public meeting was held. 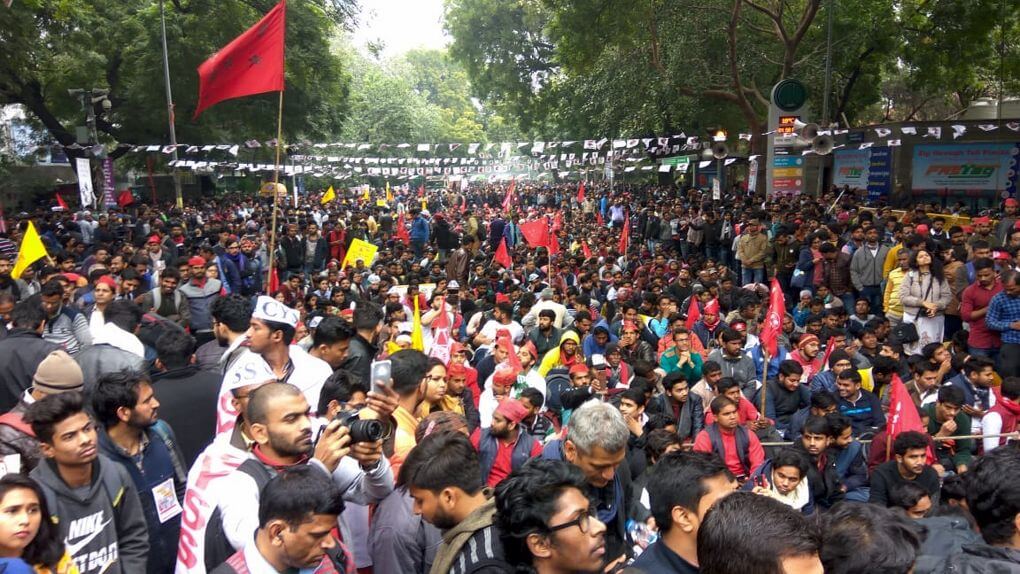 The Delhi Police remained extremely hostile to the whole program and refused to allow the youth to March from Red Fort, they even threatened to block the March altogether. But after seeing the sheer numbers it had to relent and allowed the March till Parliament Street. A huge banner demanded - ‘Modi ji don’t change the subject - tell us where are the jobs?’ More banners demanded an ordnance restoring the 200-point roster instead of the 13-point roster which is a death blow to SC/ST/OBC reservations in faculty positions. Posters mocked Arun Jaitley’s claim that there is no youth unrest in India against unemployment, saying “Where is the unrest? Here is the unrest!’ Several students held up placards saying ‘We want jobs not jumlas’, ‘We want jobs not mobs’, ‘We wants gender justice and GSCASH not victim-blaming and moral policing’, ‘End discriminatory curfews in women’s hostels’. A large group of students and youth from Nagaland held up hand-made posters and a banner against corruption in student admissions and job appointments in Nagaland. A large contingent of Railway Apprentice Association youth participated, demanding regularising of their jobs. Women students from various campuses all over India who have led struggles against sexual harassment and hostel curfews raised rousing slogans for women’s autonomy. 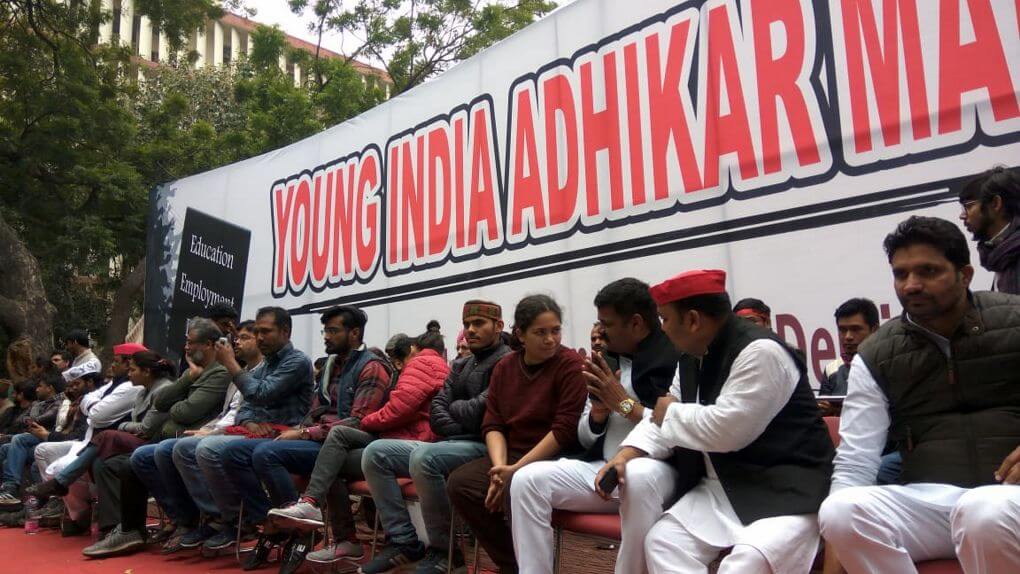 The March was the culmination of a 50 day long campaign by the Young India National Coordination Committee around the Young India Adhikar Charter which included demands like:

▪ Spend at least 10% of GDP on education 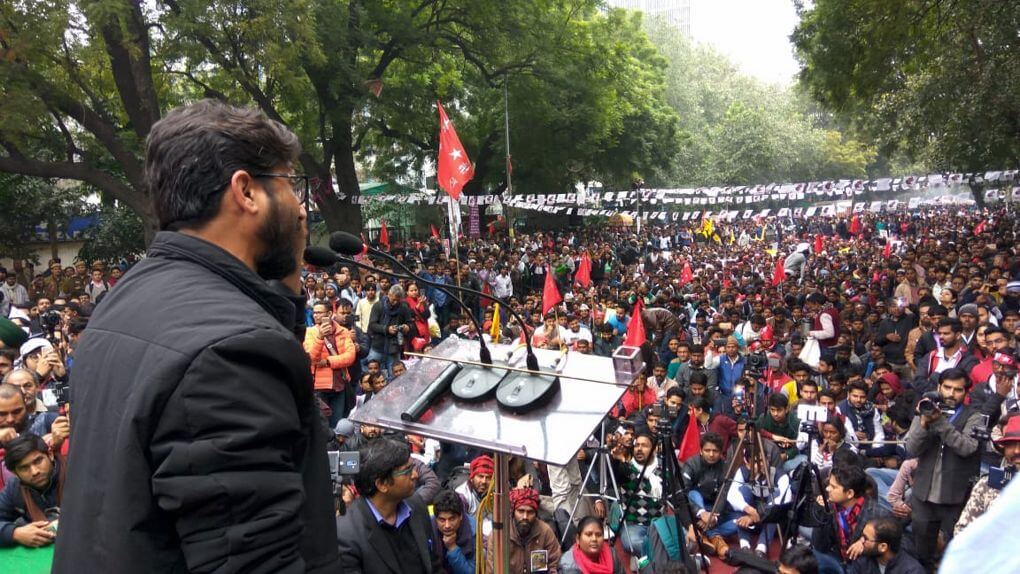 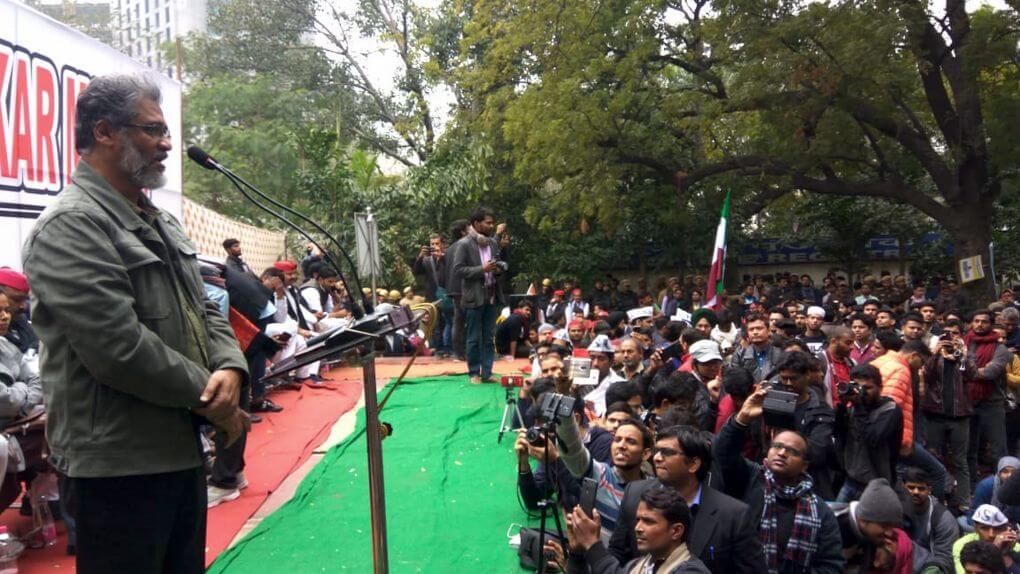 Leaders from political parties who spoke at the public meeting included DMK MP Kanimozhi, CPI ML General Secretary Dipankar Bhattacharya, SP MP Dharmendra Yadav, JDS MP Danish Ali, Trilok Tyagi from RLD, Yogendra Yadav from Swaraj India addressed the meeting. Along with them JNUTA President Atul Sood, Meera Sanghamitra from NAPM, and Dr. Sunilam addressed the meeting. All the speakers echoed the view that the Modi Govt had completely destroyed the education system of the country and failed to provide jobs for the youth of this country and the Young India Adhikar March was an important sign that the youth of the country are going to play a decisive role in ensuring that BJP and the Narendra Modi Govt is voted out in the 2019 elections. 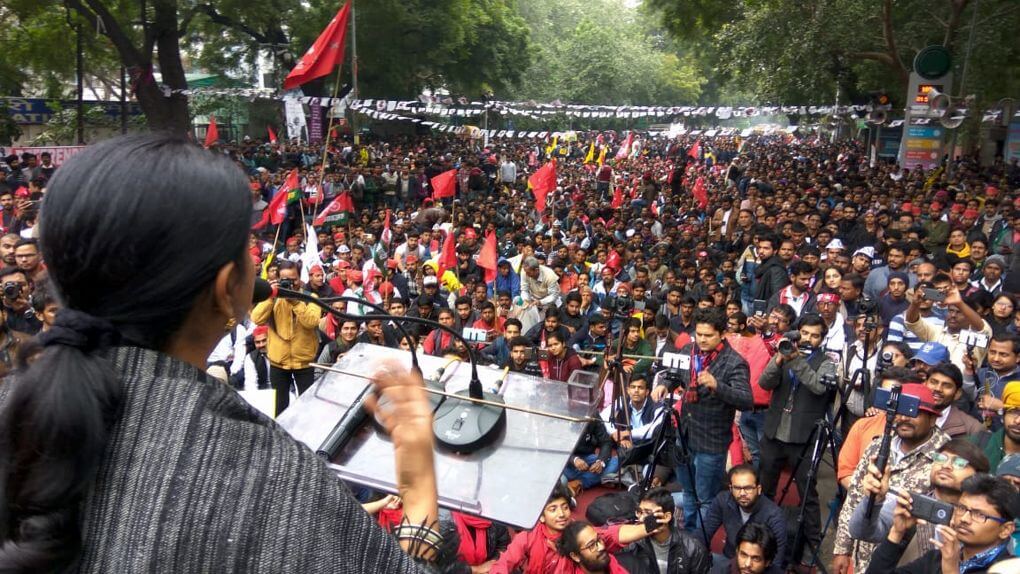 The Young India Adhikar March today also passed a resolution that if the Modi Govt didn't accept their demands by the end of February then all constituents of the Young Adhikar will campaign in the 2019 General Elections to Defeat Modi and the BJP Govt.