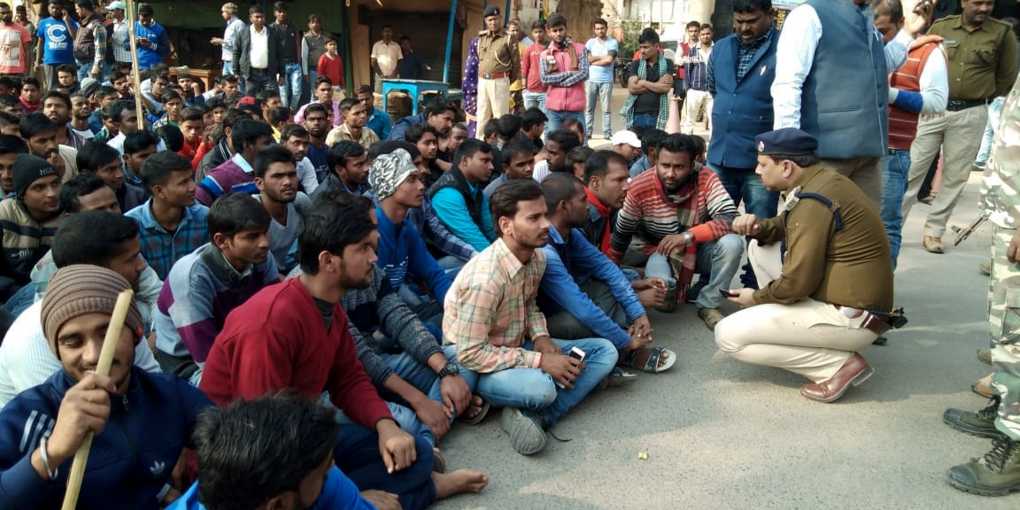 THE goons armed with rods, batons and firearms, attacked Ambedkar Hostel in Ara on 24 Dec resulting in the shooting of a dalit student Jugesh Kumar whose condition is serious and has been referred to PMCH in Patna. The goons led by one Bharat Yadav snatched a mobile phone of one of the inhabitants of the dalit hostel, when protested by Jugesh they attacked the hostel and shot Jugesh who sustained bullet injury in his spine and is said to be in a critical condition. RYA national president Manoj Manzil immediately rushed to the spot after hearing of the incident. AISA, RYA and CPI(ML) protested against the incident forcing the local administration to take some action. The road from Ara to Buxar was blockaded by angered students and general public for hours. Under pressure of the protest district welfare officer have declared a compensation of 1 lakh Rs. to the victim, while the protesters are demanding to arrest all the attackers, seize the revolver as well as the arms license of Bharat Yadav immediately, and to ensure the security of students in the Ambedkar Hostel.

AISA and RYA have called for state wide protests on Dec 26 against this incident which is yet another example of rising attacks on dalit students in Bihar.