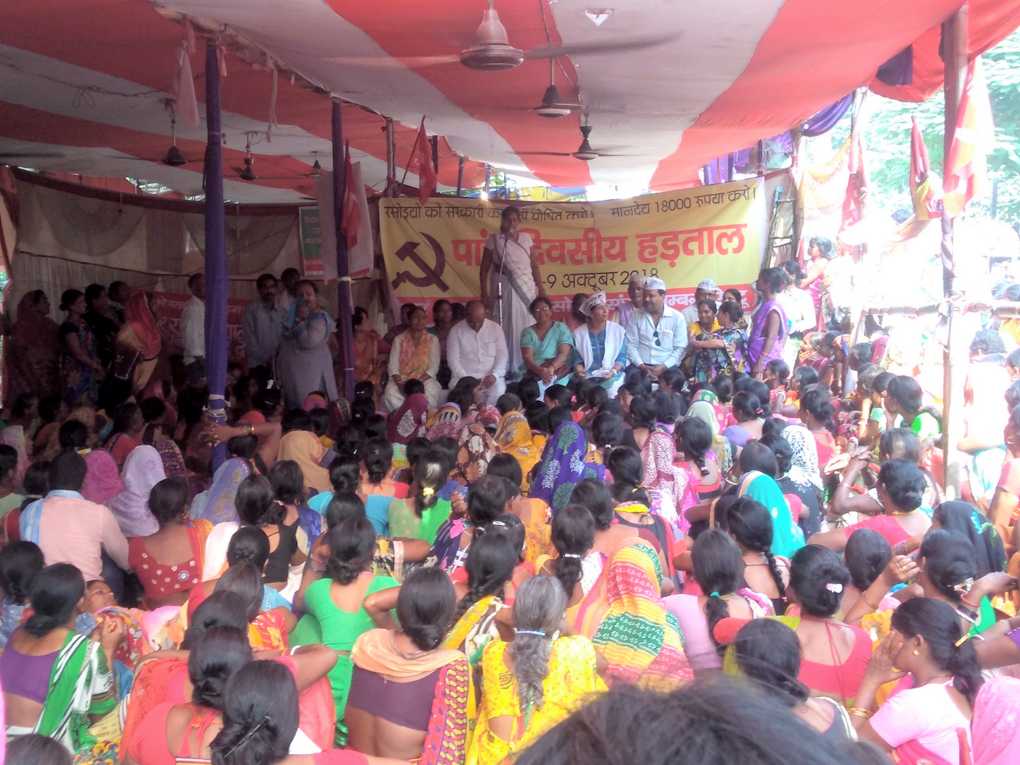 RASOIYAS (mid-day meal workers) held a 5-day strike and a 2-day Mahadharna in Patna under the banner of the Bihar State School Rasoiya Sangh (AICCTU) for 23 demands, including: government employee status for Rasoiyas; equal pay for equal work; Rs 18000 honorarium; stop handing over mid-day meal scheme to NGOs; Rasoiyas must get benefits of Ashok Chaudhury Committee recommendations; stop calling Rasoiyas part-time workers; timely and regular payment of honorarium and honorarium for all 12 months of the year. The strike started on 5 October and ended with the announcement that a protest would be held in front of the Parliament on 19 November 2018. 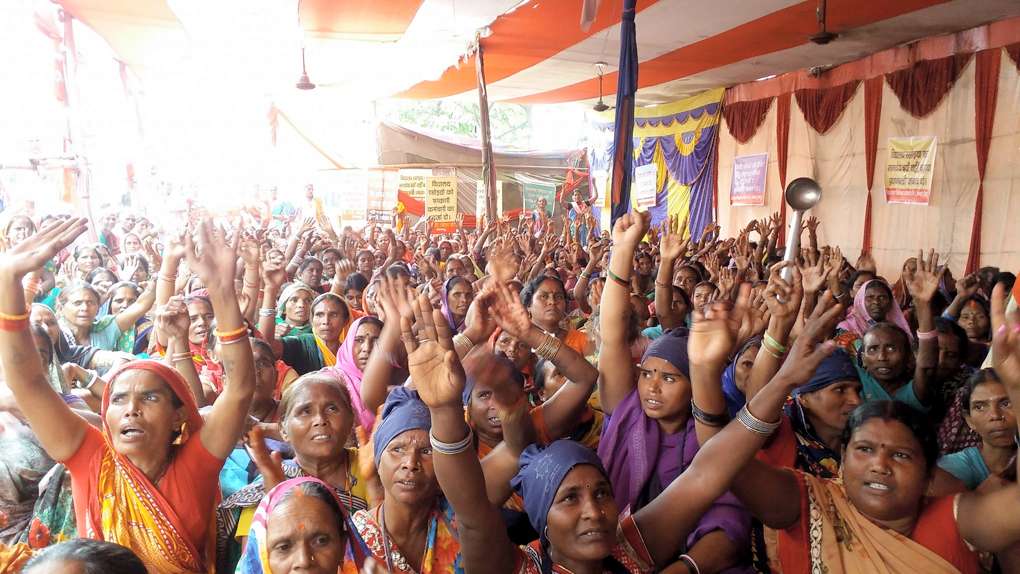 The speakers said that the system of honorarium-incentive based appointments is a modern slavery system. They said that Rasoiyas and other scheme workers are thus modern slaves and called upon to end this system of slavery by throwing out the Modi-Nitish governments. They charged the Modi and Nitish governments with cheating the workers and not providing them the legal and safety rights due to them. The super-rich loot crores and flee the country while Rasoiyas are made to struggle for every paisa., insulted with terms like ‘thief’ and ‘dai’, and made to do extra work like mopping, cleaning etc. A 23-point memorandum was submitted to Prime Minister Modi and Chief Minister Nitish Kumar.

The strike (hartal) from 5-9 October was successful beyond expectations, and Rasoiyas participated in it spontaneously. The memorandum with demands was sent to the Prime Minister and the Chief Minister. Protests were held at Zone/Block/District Headquarters. On 7 October, a torchlight rally was held in all the districts.

Instead of considering the Rasoiyas’ demands, the government issued a circular with directives that mid-day meals should not be obstructed. This, in fact, had the opposite effect, and in many districts teachers’ organizations announced their support; in districts like Bhagalpur, Arwal and Bhojpur they mobilized the Rasoiyas for the Patna mahadharna. 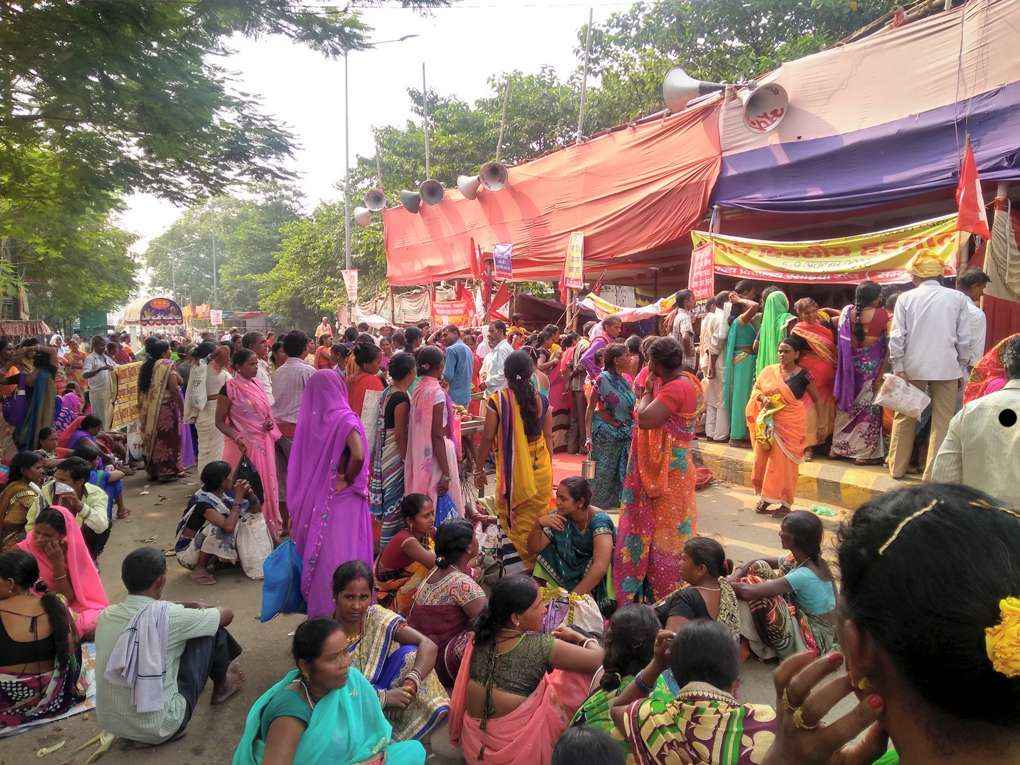 A 5-point Resolution was also passed through the dharna: 1) the beating up of girl students by criminals at Triveniganj asturba Vidyalaya was condemned and a call was given to make the protest march on 11 October a resounding success; 2) A call was made to make the protest in front of Parliament on 19 November called by 10 trade unions a great success; 3) the attacks on non-Gujaratis in Gujarat was condemned and a demand was made to put an immediate stop to this; 4) A call was made to make the general strike called for 8-9 January a resounding success; 5) It was resolved to make 10,000 new members of the Bihar State School Rasoiya Sangh.