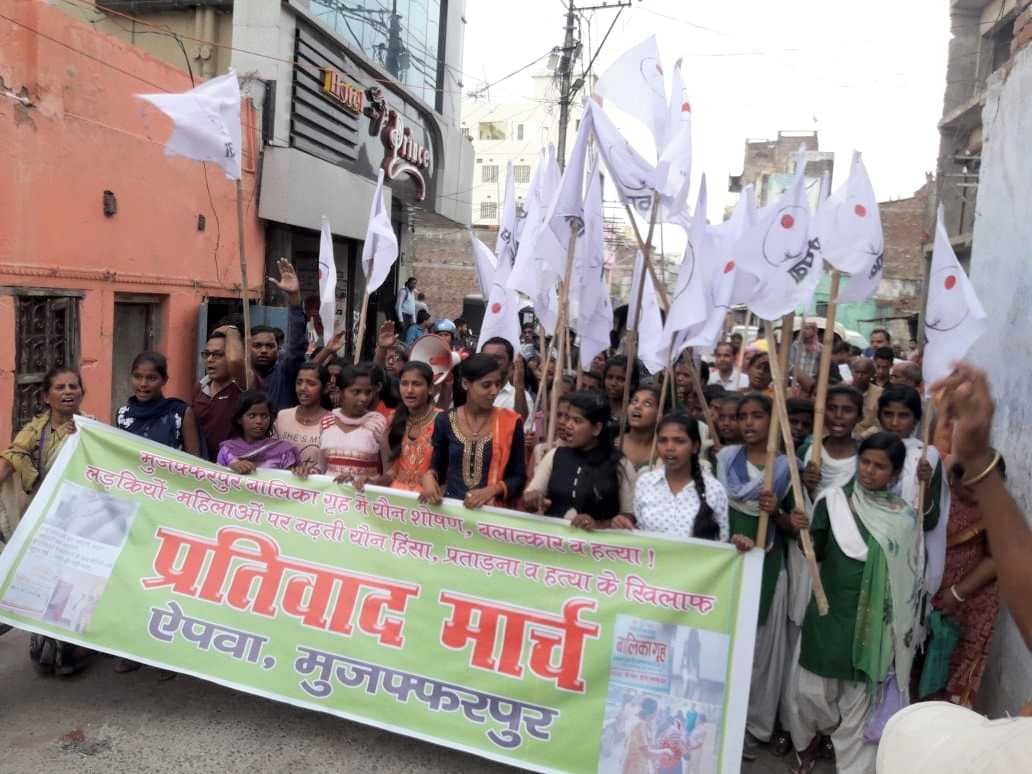 The media might have been asleep on the horrific report by TISS of the sexual exploitation of girls in Government-run shelter home in Muzaffarpur, but not the people of Bihar. The episode came to light on 2 June – indicating that girls were being supplied to men in hotels and men would visit the home to sexually exploit the girls; girls who protested were burnt with cigarette butts, beaten with rods and tortured. At least one girl was reportedly killed and buried on the premises. The report had been submitted to the Government in February, but the Government dragged its heels till May end to file an FIR! An AIPWA team visited the spot and released a report to the media – which barring a single channel took no notice of it. On 22 June thousands of women under the banner of AIPWA gheraoed the Bihar Secretariat on this issue. On 13 July women’s groups held a Press Conference and issued an open letter to the CM Nitish Kumar, which papers again failed to print. 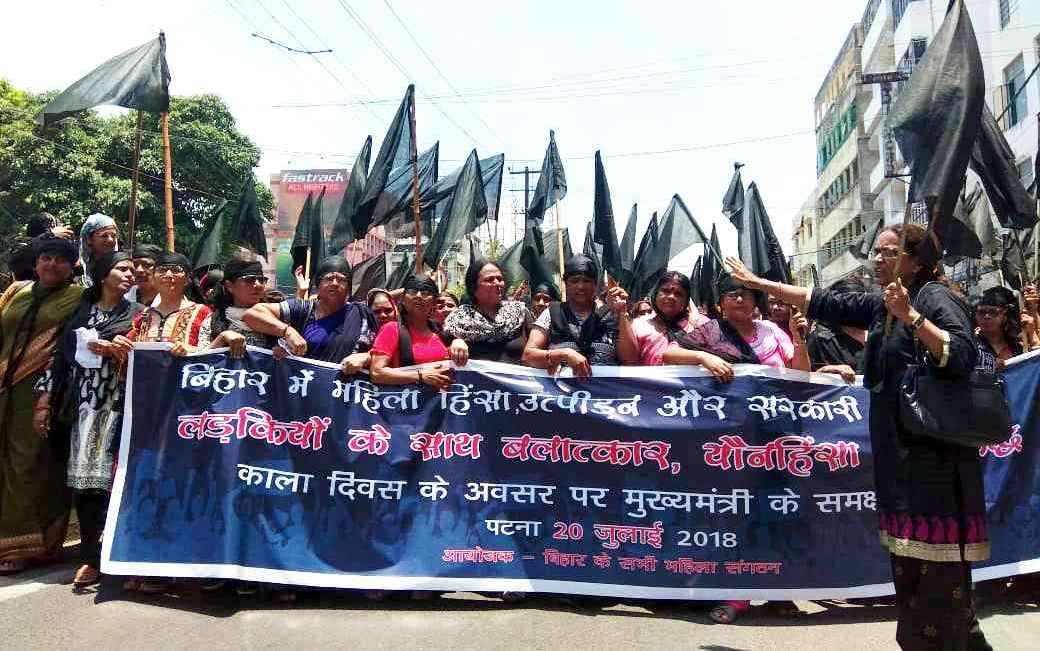 Women’s organisations including AIPWA held a procession wearing black clothes and waving black flags in Patna on 20 July, observing Black Day against the sexual exploitation of girls in Government-run shelter homes in Bihar, especially the Shelter Home in Muzaffarpur.  The protesters presented symbolic black scarves to representatives of the Government. CPI(ML) MLAs protested on the first day of the Assembly session, and also introduced an adjournment motion in the Assembly which was supported by some Opposition parties. Under pressure from these protests the Government eventually had to order a CBI enquiry. A joint protest took place at Bihar Bhavan in Delhi also, as well as in Varanasi, Jaipur, and many other places.

A Bihar Bandh has been declared by Left parties on 2 August, demanding sacking of Bihar Social Welfare Minister Manju Varma and BJP Minister Suresh Sharma, the arrest of her husband, release of the TISS report to the public, a CBI enquiry of the conditions not only in the Muzaffarpur Home but in all Government-run shelter homes and remand homes in Bihar. 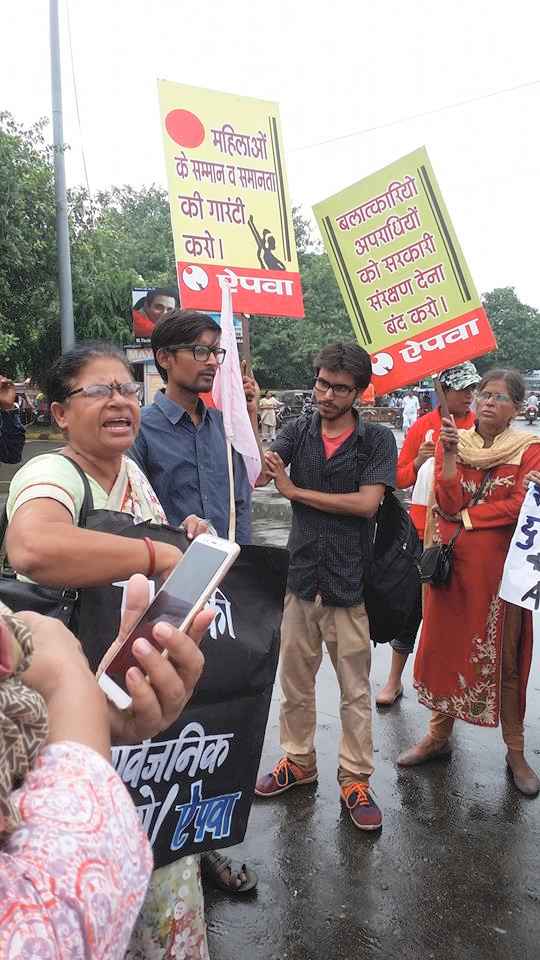 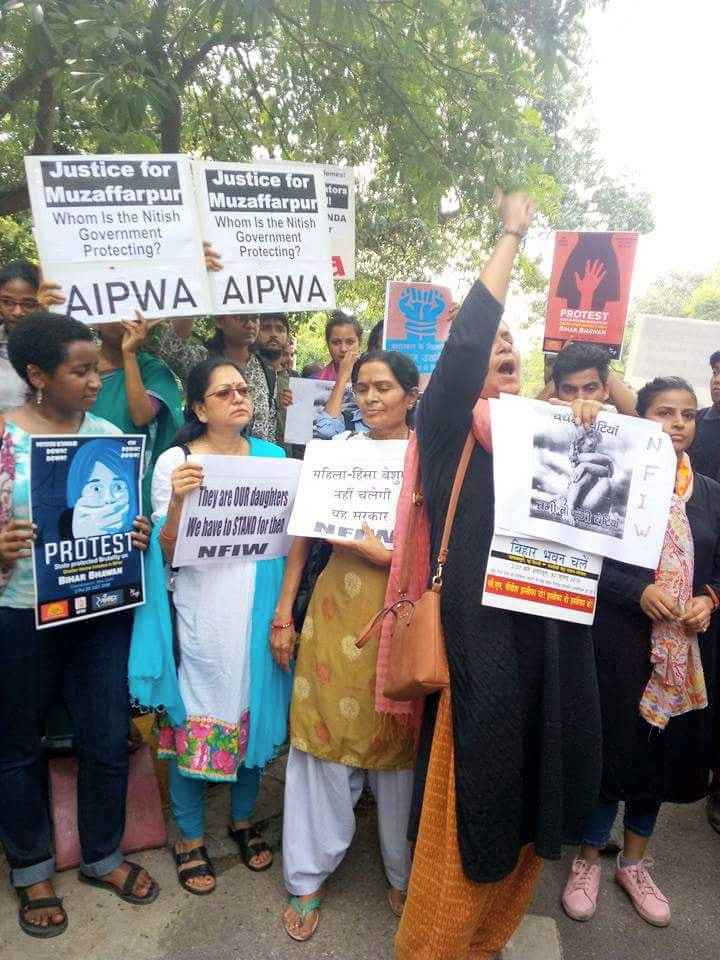 The activists speaking at the meeting asked – if girls in a Government-run shelter home are subjected to such systematic sexual exploitation, rape and murder, how can this Government be trusted to help women and children who face abuse and rape in their own homes and in public places? Without Government collusion it was impossible for Brijesh Thakur to be allowed to run not only the Muzaffarpur Girls Home but also other shelters and remand homes in the State, and to use the Shelter Home for such rackets. Why did the monitoring committee headed by the DM which is supposed to oversee such shelter homes, fail to discover the sexual exploitation racket? There were 47 girls in the Muzaffarpur home but three are yet to be located – what is their fate? They also demanded that the girl survivors from the Muzaffarpur shelter home be kept at once centre where they can receive the best psychiatric treatment and counselling.

The Bandh on 2 August called by the Left parties and supported by the RJD will, in addition to raising the demand for justice in the Shelter Home rape cases, will also protest the use of the Prohibition Law to criminalise and jail 1.5 lakh Dalits and the poor in Bihar and the eviction of the Dalit poor from Gardanibagh in Patna and many similar settlements in other areas in the State including Khutauna in Madhubani where they have lived for over 5 decades, without any plans for rehabilitation. The land on which they dwell is being grabbed by the Government to build homes for Government personnel. In the Smart City of Modi and Nitish, there is no room for the poor and Dalits!

There have also been many other attacks on Dalits in Bihar including the rape and murder of a 9-year old Dalit girl in Saraiyya in Muzaffarpur, an attack on Musahars in the village of Central Minister Ramvilas Paswan in Shaharpanni in Khagadia; and in Mahishi in Saharsa. 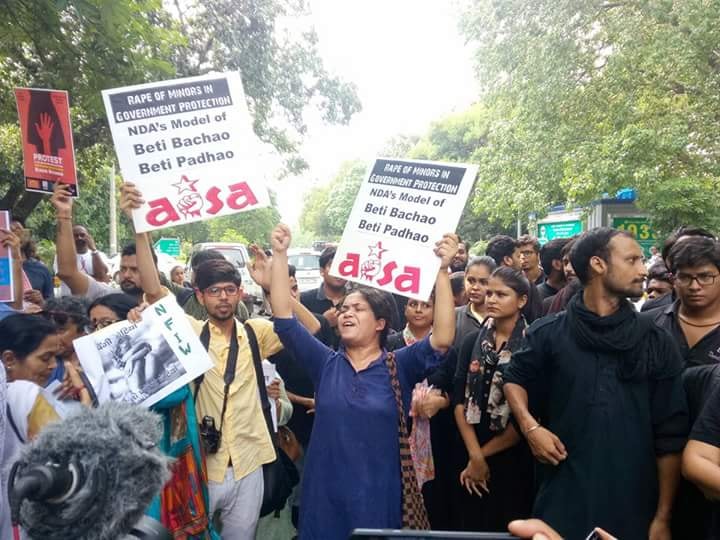